👤by Matthew Hodgson  Comments 📅26-08-19
Conclusion
Having now covered several Stormforce systems, one thing becomes increasingly apparent as each review passes. Their attention to detail and unfaltering quality is constantly apparent. Obviously, with their more expensive machines, colour-coding cables and components becomes a bigger priority, but when youre buying at the budget end of PC gaming, were sure youd agree that theyd rather spend their time and effort on performance than cosmetics.

The Ryzen 5 3600 CPU, as we suspected having already tested the Ryzen 5 3600X, performs remarkably well inside of a tight 65W TDP window. The Cinebench and Handbrake results were both brilliant for a system in this price bracket, as was the performance in TOTAL WAR: WARHAMMER, where framerates are somewhat dictated by the CPUs ability instead of the GPU.

16GB of RAM is also ample for almost any commonplace task, even providing a good chunk of room if you did fancy doing some video or image editing. Having said that, if you did find yourself limited by the 16GB ceiling, however unlikely that may be, adding in another 16GB of a matching kit would only set you back £70 directly from Crucial.

Whether you decide to pair the system with a 60Hz monitor or go for something with a 144Hz refresh rate, the 1080p performance of the GTX 1660Ti is plentiful, offering way over 100FPS in all titles aside from DEUS EX, which historically is difficult for GPUs to render due to the intensive graphics. However, that being said, temperatures werent great with the GPU reaching almost 90°C within a 30-minute test. The single-fan cooler on the ASUS GeForce GTX 1660Ti could probably do with being swapped out for a twin-fan model.

The red LED 120mm fans in the front and back of the system give a typical gamery feel to the Onyx but theyre very dim compared to many others that weve seen and the lack of RGB customisability doesnt feel very 2019. The case also feels cheap, with the acrylic front and side panels being a magnet for dust. We couldnt effectively remove the dust at all due to the static charge in the material. This might die down over time but over the week we had the computer unboxed, it didnt dissipate. 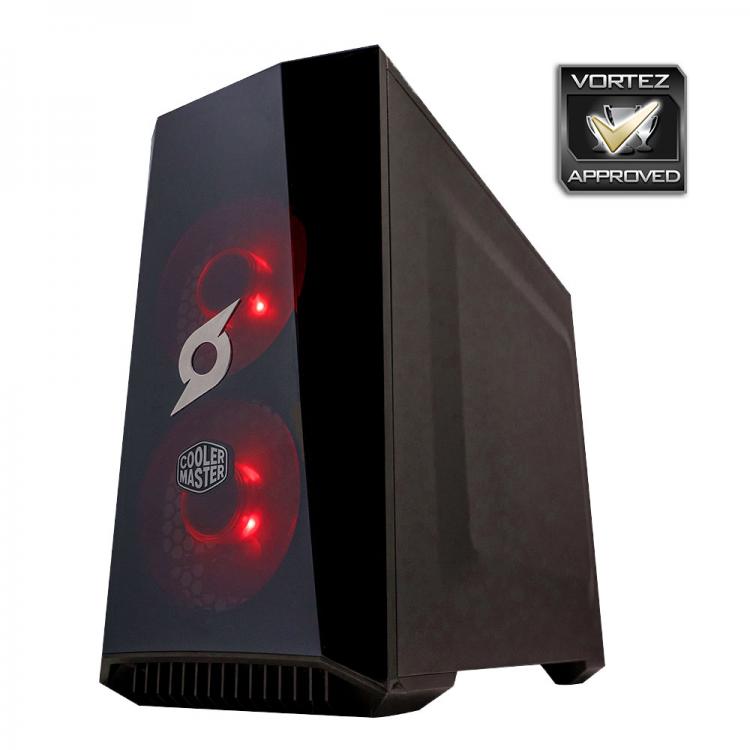 For your £990, we cant really see a better way of getting a current-gen PC with a very decent ability to tackle any task you throw at it.

Pros
+ Ryzen 5 3600 is a powerhouse at this price point
+ 500GB SSD gives a good balance of storage:performance
+ 16GB of RAM (with space for more) should be plenty for the majority of users
+ Decent cable management
+ Reasonably quiet

There are currently 921 user(s) online:
Google