The front is covered by a large tinted plastic fascia with air vents at the top and bottom to draw in cool air. Residing behind the plastic is a pair of illuminated red LED 120mm fans. 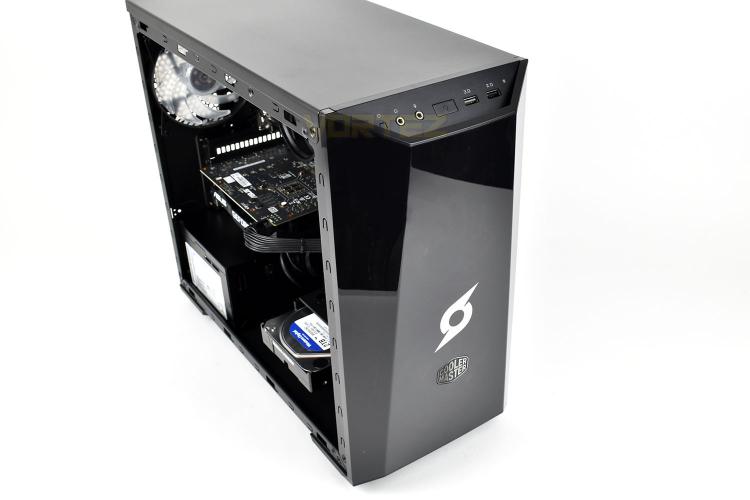 The front I/O is reasonably well equipped, starting from the left we get a reset switch, headphone and microphone 3.5mm jacks, the power button, a USB 3.0 and USB 2.0 port and an HDD activity LED. 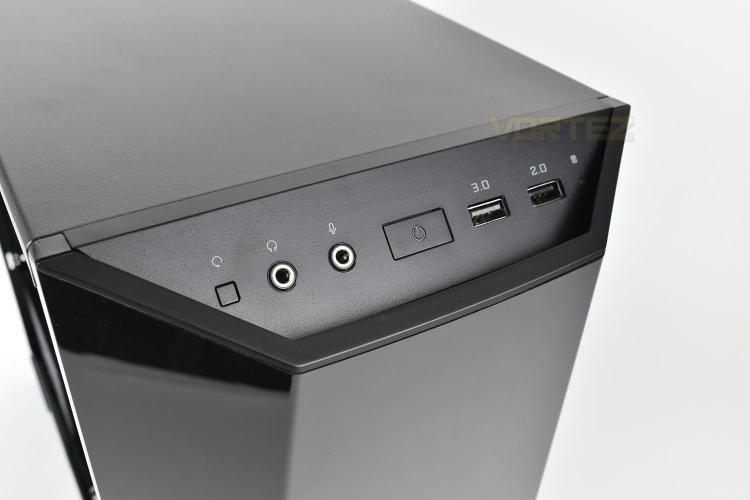 Pulling away the rear panel, cables are managed to an extent but not particularly neatly, though it has to be said, time spent here would have to be taken from elsewhere and theres definitely more important things than how straight your motherboard power cable is. 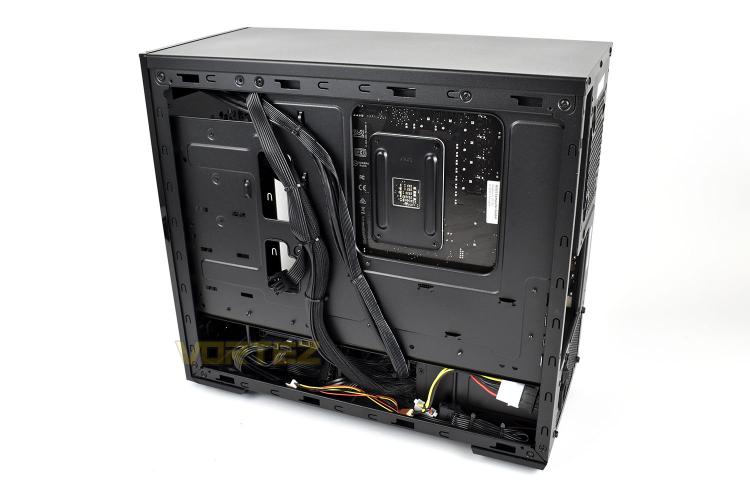 Around the back of the machine, the rear I/O stands up well with following ports: (from top to bottom)

Then underneath the motherboards I/O section, the GTX 1660Ti from ASUS provides a DVI-D, two HDMIs and a DisplayPort.

Further south is the WiFi card with two antenna connections. 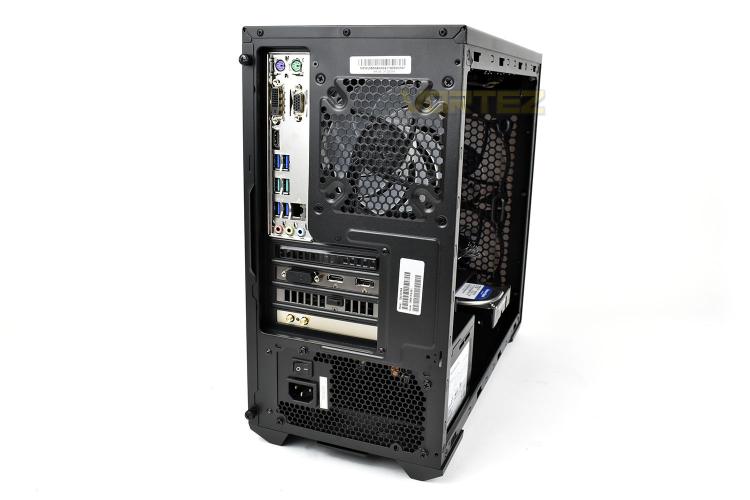