👤by Matthew Hodgson  Comments 📅15-01-19
Conclusion
Firstly, the Cooler Master Cosmos C700P chassis is gorgeous, while enormous, with RGB lighting all around which syncs with the ASUS eco-system built into the case. The tempered glass and excellent front IO connectivity make the case a solid choice for such a system. Cooling is great with this chassis, thanks to the large space inside and plenty of fans to move air around, but sadly we found the system too loud for prolonged gaming unless using a loud headset. The RTX 2080Ti, provided by ASUS, features a blower-style cooler which is far too loud, this really needs to be upgraded to an open air cooler.

Moving to the internals, we have to make a big song and a dance about the Ryzen Threadripper CPU at the heart of the system. This 16-core, 32-thread behemoth munches its way through processing tasks with ease while remaining relatively cool and quiet thanks to the Cooler Master 240mm AIO cooling loop.

Paired with the Threadripper 2950X is 32GB of DDR4, clocking in at 3000MHz. This forms an excellent basis for some multitasking while providing the Ryzen system plenty of Hertz to work with for good performance.

Perhaps the showpiece of the build is the NVIDIA GeForce RTX 2080Ti. At the time of writing, this GPU cant really show its full power, with an almost complete lack of any kind of Ray Tracing or DLSS capable titles, instead being compared in the standard metrics to the GTX 1080Ti from the previous generation. However, this thing still pulverises all of our tests and even manages 45FPS in the Deus Ex Mankind Divided test, at 4K. Thats a healthy step up from anything weve tested so far and proves the gaming potential of the system.

Storage is a crucial part of a build like this, with the likelihood of people doing video editing or using it at as their entire media system. The 2TB HDD is a good start and with the size of the case, is easy enough to upgrade if you require more but theres also the 512GB NVMe SSD. While that seems plenty, it could quickly be filled with two or three AAA titles of today, the OS and a few programs. Wed really like to see 1TB or even 2TB of proper, fast, NVMe storage for a system of this calibre. 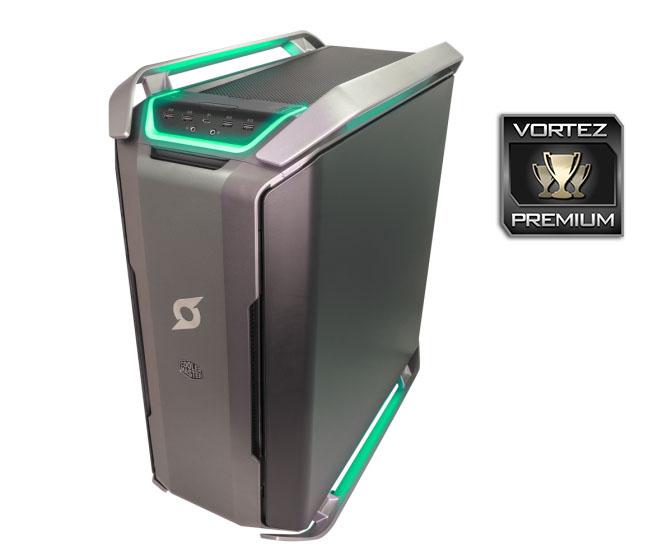 So what exactly does £3799.99 buy you in todays market? Well, it would appear you can get a great deal of performance for your money, as it happens, but youll have to find a lot of things for that CPU to do to keep it busy.

Neutral
+- Case is incredibly heavy
+- Only cable-modded on the GPU

There are currently 611 user(s) online:
Google