👤by Matthew Hodgson  Comments 📅15-01-19
Closer Look (Internals)
Moving onto the internals, things are laid out nicely in here. Cable management is good but we feel a little let down by the use of a cable modification to the GPUs 8-pin connectors while the 8-pin CPU and 24-pin motherboard power connections are as standard and much uglier. At £3800, we believe Stormforce couldve stumped up a little extra to improve those cables and the overall style. 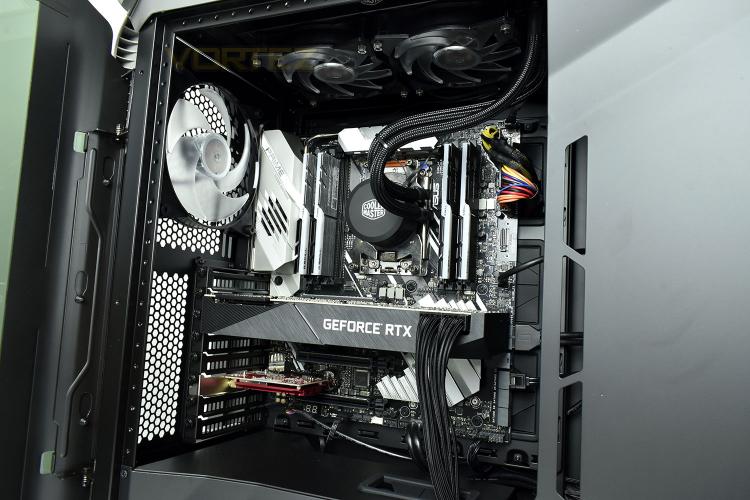 Focussing on the top half, we can see that ASUS have provided the motherboard in the form of an ASUS PRIME X399-A. This obviously uses the X399 chipset which is perfectly matched to the Ryzen Threadripper CPU installed within.

Providing the memory for the system is 32GB of G.SKILL Trident Z DRAM sticks, rated at 3000MHz with tight timings. These RGB modules are very popular amongst the PC enthusiast community for their speed and timing ratings.

At the heart of the system, under the Cooler Master 240mm radiator is an AMD Ryzen Threadripper 2950X; this CPU sports 16 cores and 32 threads, making it an absolute beast at multi-threaded workloads like video rendering and streaming, for example. 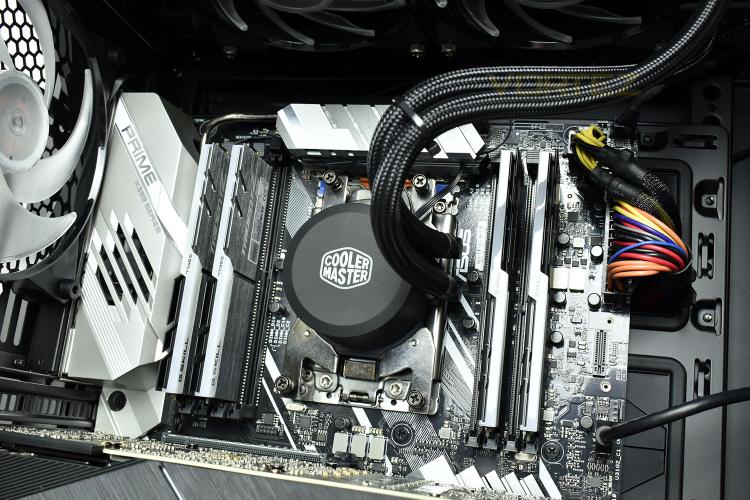 Under all of that expensive, power hungry hardware is something equally expensive and power hungry, the ASUS RTX 2080Ti, NVIDIAs current cream of the crop consumer video card. This GPU packs in 4352 CUDA cores clocked at 1350MHz and 11GB of the latest GDDR6 memory allowing buttery smooth 4K gaming.

This exact model features a blower style cooler, helping to expel generated heat out of the back of the PC, instead of allowing it to stagnate inside the case.
The red add-in card under the NVIDIA GeForce RTX 2080Ti is the ASUS WiFi card, providing wireless internet access if you cant find an ethernet cable near you. 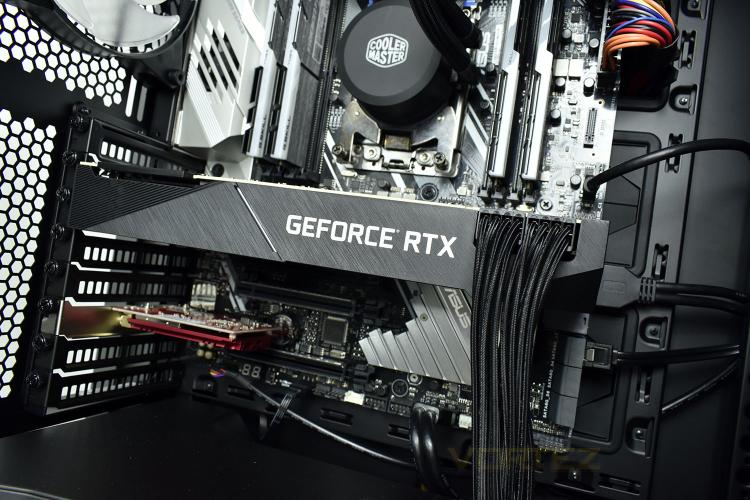 While the front glass panel swings open, the rear also does the same, allowing access to the cable management and to SSD bays. The right SSD tray is used currently to tuck a few cables out the way but the left is used as a fan and lighting controller, requiring a SATA power connection.

Cables arent the neatest weve seen here, but theyre out the way and look tidy from the front, which is what matters. 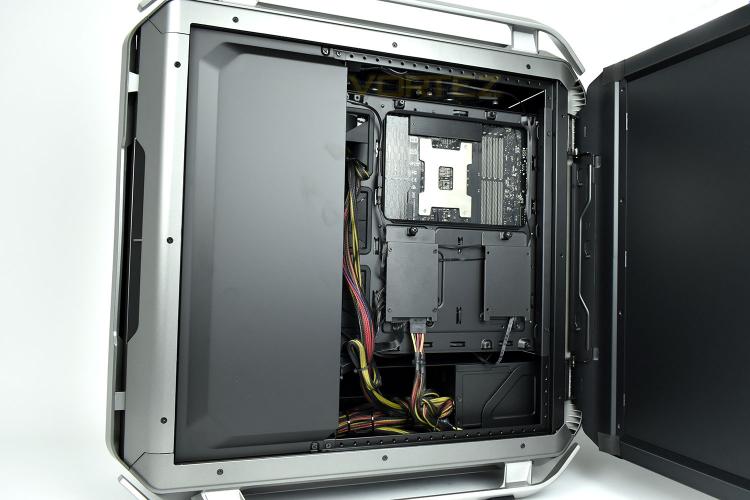