👤by David Mitchelson  Comments 📅24-04-13
Customising cameras on VS240HD
Once a camera has been added to the system various options can be modified to control recording and such things as motion detection.

In particular, event recording can be customised with control over pre-recording and post-recording, archive duration and capacity can also be specified which is very handy. 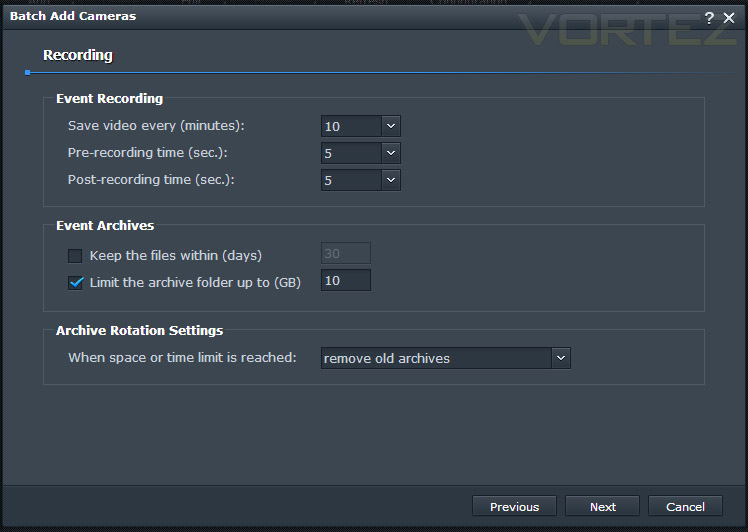 The actual recordings can be accessed from the NAS or VS240HD. Using the File Station below we were able to view/play recorded files. As you can see the files were often only very small because Motion Detection was enabled and the movement was often less than 40 seconds. These files can be viewed via the VS240HD and downloaded to a USB stick.

The VS240HD is a device for simply viewing and downloading content, there are limitations within the interface and the only an input device is used to navigate. 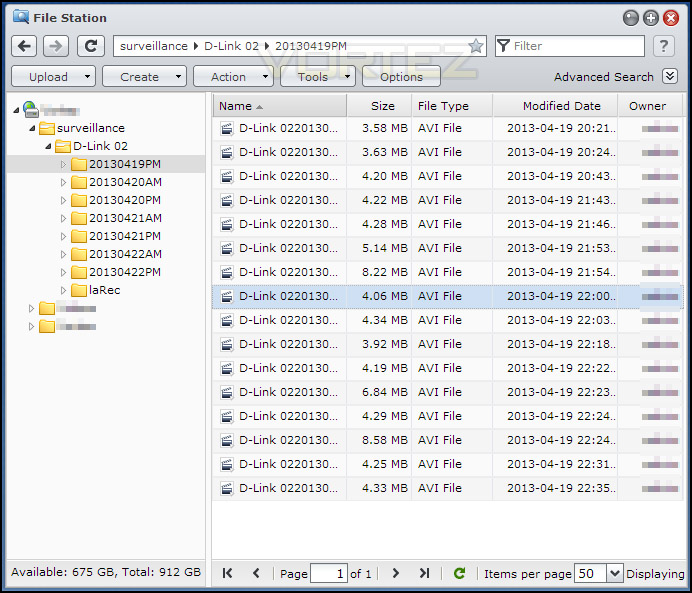 Recorded files can be seen via File Station on Synology NAS

Motion Detection is an option which can be modified within the Surveillance Station settings. Senstiivity can be altered and detection areas can also be selected, we tested this feature extensively and can confirm that it works very well  accurately recording when necessary and recording movement two seconds prior and post action.

Certain positions can be set for specic times to observe a routine. Synology say:

VS240HD allows the manipulation of PTZ on specific IP cameras by mouse-clicks. Useful angles can be saved and grouped to form patrol cycles while optimized live-view layouts are fully customizable just by drag-and-drop. 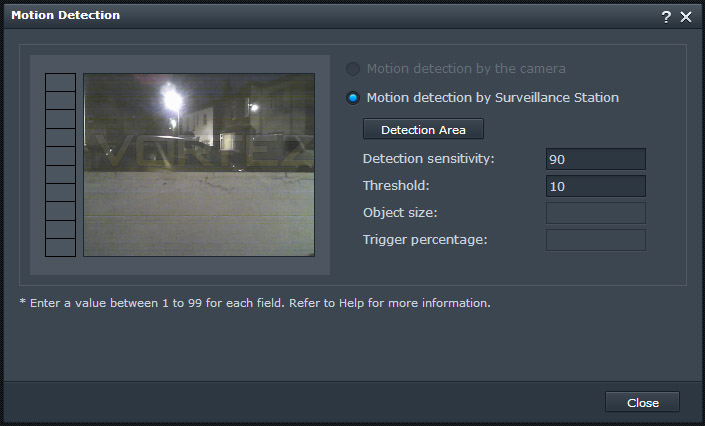 Motion Detection is a feature which can be customised