Team Group are still a relatively new addition to the Flash and Memory markets, but theyre making massive inroads into the UK and EU markets, often being featured in high-end machines from several manufacturers and PC suppliers.

Today we look at an RGB SSD, boasting a massive 5:3 luminous area which Team Group claim to be the largest on the market right now. The SSD is available in two different models, though the differences are small and purely cosmetic. The Magnificent version features different LED zones while the Simple version is illuminated with a single colour; the version you choose will depend on the RGB connection from your motherboard.

Durability is catered for via wear-levelling technology as well as support for TRIM while reliability is sorted via Error Correction Code (ECC) and NCQ technologies. 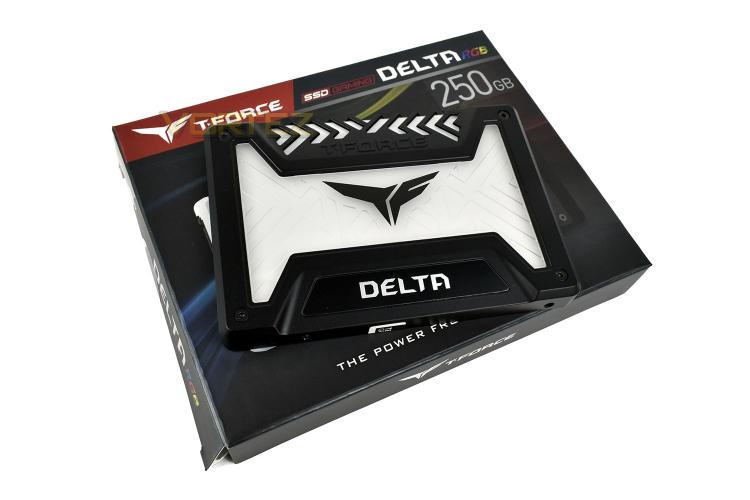 The Delta RGB SSD conforms to the 2.5 x 9.5mm standard which will fit into most laptops and PC systems and is available in 250GB, 500GB and 1TB storage capacities.

Of course, the RGB zone certainly sets this apart from other 2.5 SSDs on the market, but performance is still key, how does it perform against the likes of the big guns? Lets find out.

Team Group on the Delta RGB SSD:
The sky is the limit for TEAMGROUPs T-FORCE gaming product series. After releasing the award-winning T-FORCE RGB luminous memory module, today TEAMGROUP launches the new generation of 2.5 RGB solid state drive  DELTA RGB SSD is breathing colourful new life into the solid-state drive. It is the first internal SSD that has the largest RGB luminous area on the market. The ratio of non-luminous area to luminous area is 5:3 which makes your computer and storage device more colourful and brighter than ever. The 16.8 million colour LED is making the boring SSD full of changes, and the light colour effect can also synchronize with the motherboard, making players computer more colourful. Two industry exclusive versions are released at once: DELTA S(Simple version) and DELTA(Magnificent version). Moreover, there are black and white two colours available for consumers to choose from, meeting different usage requirements and lighting up consumers storage devices.