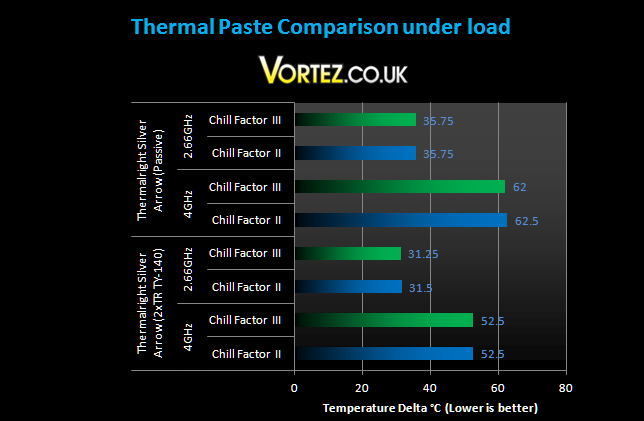 For all the cooler tests, I use Thermalright's Chill Factor II thermal paste but since the Silver Arrow is bundled with their latest iteration, it would have been a shame not to see if the Chill Factor III could give it the advantage over the Noctua. Sadly, the new thermal paste didn't provide a substantial performance gain. The only noticeable change was 0.5C at 4GHz, with the Silver Arrow installed passively. 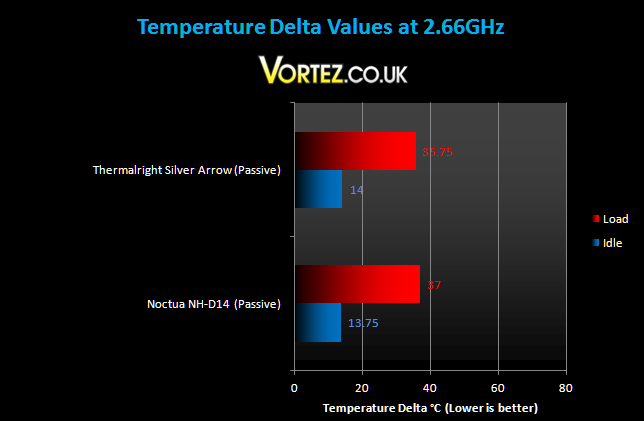 Passively, the Silver Arrow is an outstanding cooler. It handled the stock i7 920 easily and even when stressed for prolonged periods, the temperatures remained stable. Here, the Silver Arrow outperforms the NH-D14 by a healthy margin under load despite the 0.25C deficit at idle. 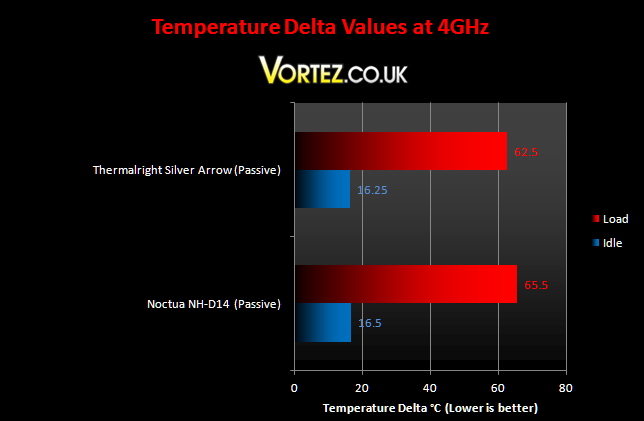 It's an impressive feat seeing heatsinks passively cooling an i7, especially when it's overclocked to 4GHz! Of course, having good airflow is of utmost importance but it certainly helps reduce noise levels whilst maintaining temperatures. Its lead over the Noctua NH-D14 was a stunning 3C.

The main benefit of the bundled TR TY-140 fans is the low noise levels. They were generally inaudible above my other case fans at a speed of 1300RPM. Users can always decide to remove one fan to reduce noise or alternatively the fans have PWM functionality. Rather than using U.L.N.A adapters, as is the case for the Noctua fans, users can simply adjust the fan speed in accordance to CPU temperatures or loads. Overall the fans provide great airflow without sacrificing your hearing.