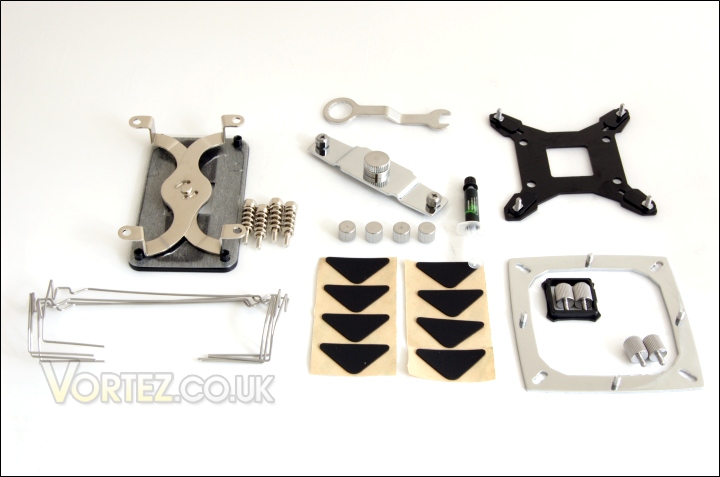 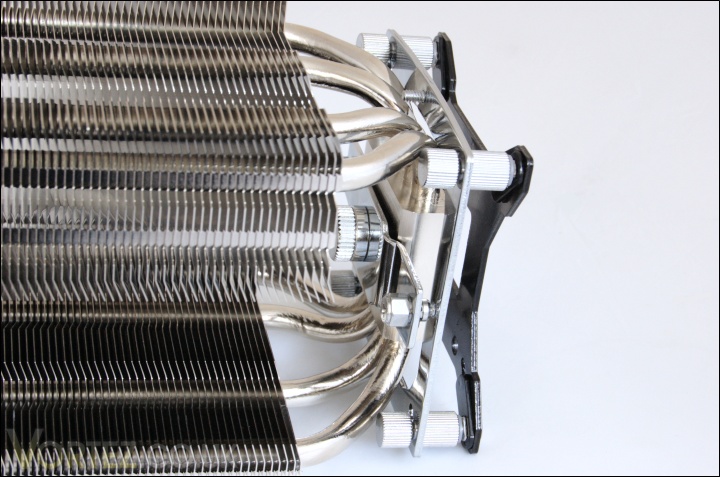 Installing the mounting bracket
Installation is a very easy process for both Intel and AMD setups. While AMD systems make use of a universal motherboard backplate, the Intel one uses a unique system to change its compatibility for different sockets. Each corner has three notches for LGA 775/1156/1366 into which the screws can slide into. After placing the backplate behind the motherboard, the screws have to be installed at the front to secure it. Detailed instructions on how to install the heatsink can be found on Thermalright's website for both Intel and AMD platforms. Also note that the Intel mounting kit includes a pressure vault mounting plate so users can adjust between 40lbs to 70lbs of pressure being applied.

The Thermalright Silver Arrow + 2x TR TY-140 fans
And finally we have the Thermalright Silver Arrow with both fans attached. The size of the fan ensures that airflow covers the whole heatsink. The irregular shape also means that users have to be aware which way to mount the fans and ideally the flat areas of the frame have to be at the top and bottom for greater clearance above the RAM modules. Unfortunately the braided cable is only 26cm (the NF-14 cable is 40cm long) so make sure the fan is oriented closely to a fan header. The fan clips have been designed to support both 120mm and 140mm fans mounts so greater compatibility is offered. 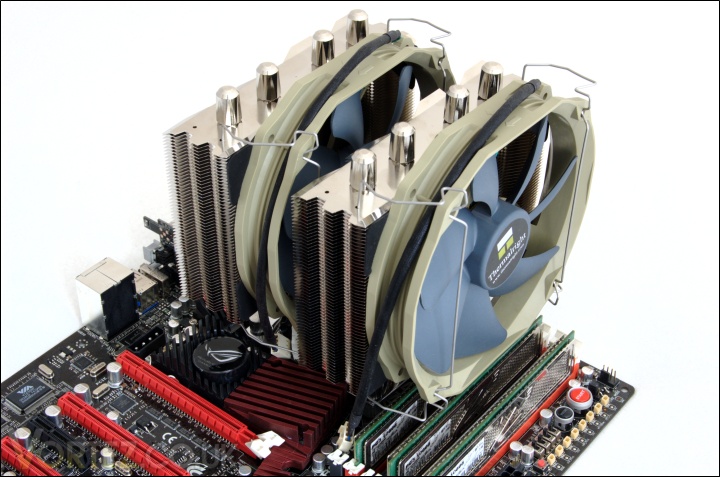 Installed
When installed, we can see that the Thermalright Silver Arrow is a beast! It spans a great length of the top of the motherboard but thankfully doesn't come into conflict with any chipset cooling. Another note for ease of installation is to install the fan clips before install the heatsink onto the motherboard or else access to the mounting holes become restricted. 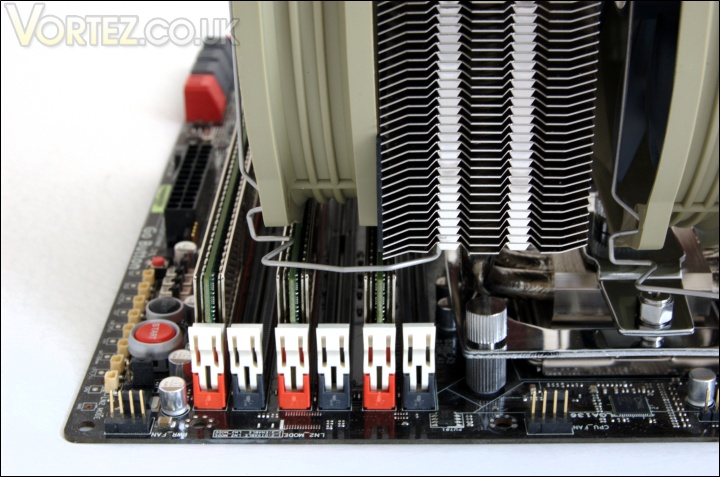 Memory module clearance
Taking a closer look at the clearance above the memory modules, it's clear that those with larger heat spreaders will not fit. The front heatsink covers the nearest DIMM slot and with the fan attached, 4 of the slots are covered, similarly to the NH-D14. Unlike the latter though, the front fan cannot be moved up to make provisions for large modules. To alleviate the problem, the front fan can always be moved to the back of the cooler. The middle fan also does a good job at cooling the surrounding motherboard VRMs thanks to the angled heatsink fins but the pressure vault bracket prevents it from sitting lower. 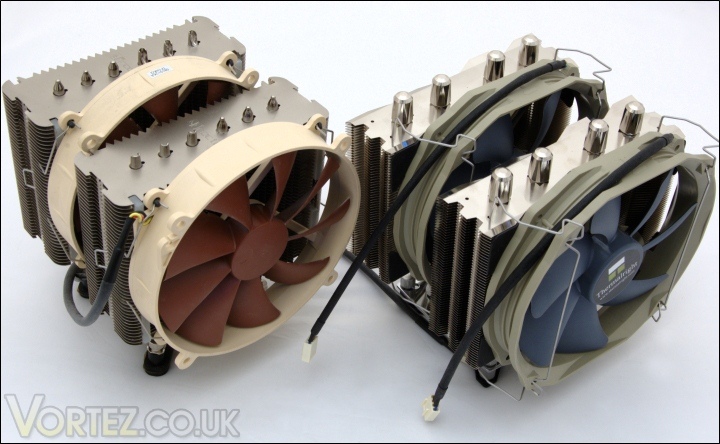 Noctua NH-D14 VS Thermalright Silver Arrow
For good measure, I thought I'd put the two behemoths side by side for comparison. The question is, which one will top our chart?

There are currently 142 user(s) online:
Google