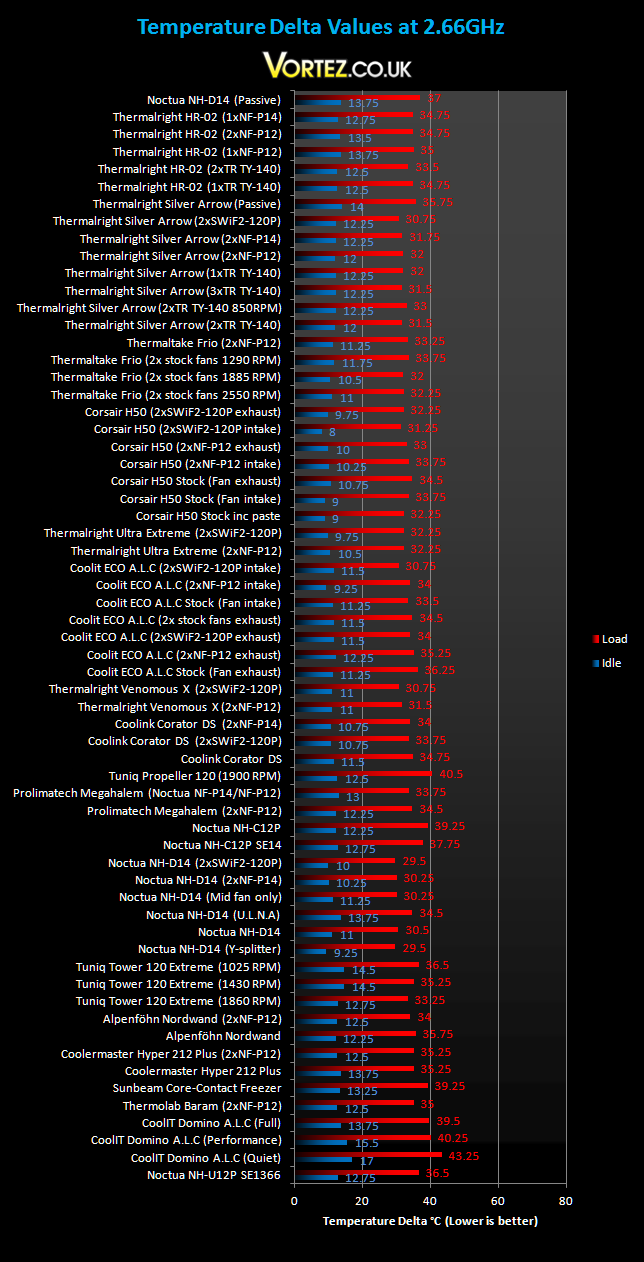 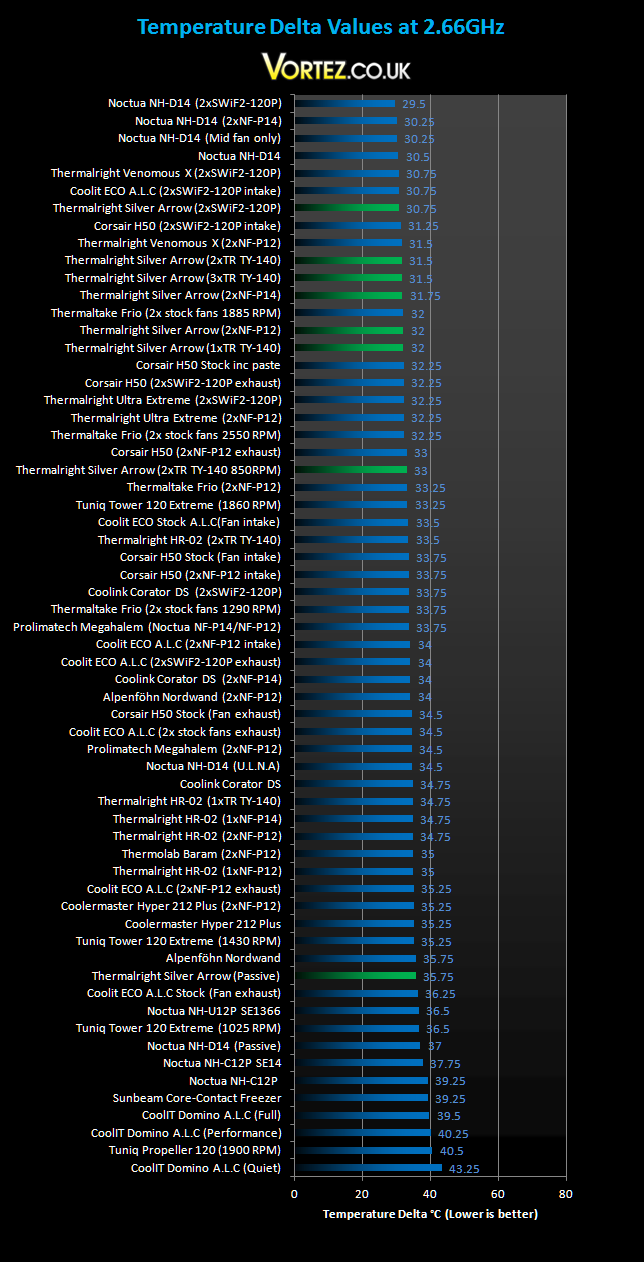 The Silver Arrow gets off to a flying start at stock speed but falls just shy of the Noctua NH-D14. Across the different fan configurations, there is very minimal change in performance. Not surprisingly, the best results is yielded by using the two SWiF2-120P fans operating at 1900RPM. The default Silver Arrow setup using the two TR TY-140 fans matches the Venomous X coupled with two Noctua NF-P12s, whereas when the former is used with those fans, its performance drops by 0.5C. It's impressive to see the single fan configuration keeping up in performance while staying very quiet. Passively, the Silver Arrow outperforms the Noctua NH-D14 by 1.25C and the HR-02 by 2C. The outstanding fact is that it manages to cool as well as the Alpenföhn Nordwand and the Noctua NH-U12P which both feature extra fans. Idle temperatures were generally quite good but not class leading. However, we are more interesting in the load temperatures here.