👤by David Mitchelson  Comments 📅07-02-13
Conclusion
Thermaltake are typically associated with designing gaming computer cases but with the introduction of Chaser A31 the audience isnt exclusive to this type of market. Thermaltake have bridged the gap and have made the A31s styling less gaudy than previous cases in their portfolio yet there are still distinct characteristics to be had.

A31s external design gives the illusion of being much taller than it actually is because of the front panel, but inside this mid-tower is actually quite compact yet a vast range of high-end kit can be accommodated. Large CPU coolers can be installed as well as 240mm liquid coolers which are fast becoming a popular choice for many enthusiasts. Long graphics cards and other hardware also have good compatibility and Thermaltake have generously furnished A31 with plenty of assistance for cable management. 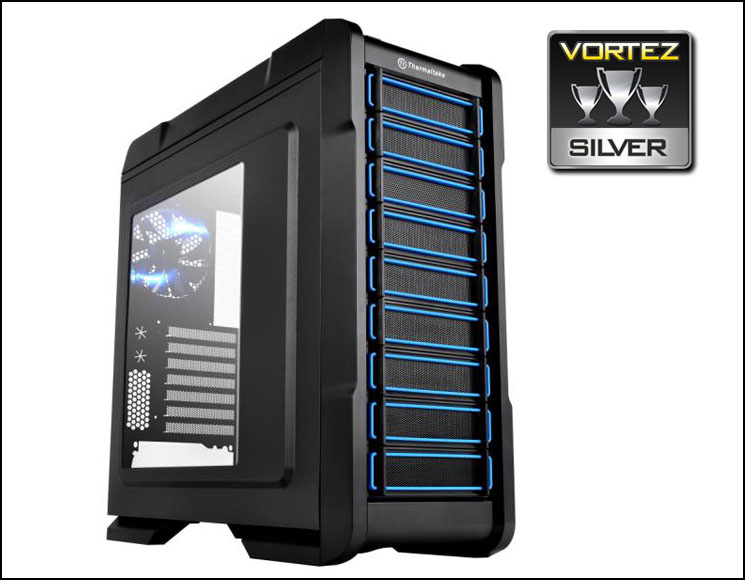 Having just two cooling fans, A31 does reasonably well for its thermal performance. Operating at just 1000RPM means these case fans emit low-noise and this results in less disruption under normal usage.

Chaser A31 is priced approximately £65-75 / $120 dropping this case into a very competitive price-range. A31 will have its work cut-out to remain a top-pick but it does offer a nice alternative.

Thermaltake add another good computer chassis to the Chaser series. A31 is a mid-tower available in an assortment of different flavours to suit different tastes. Distinct characteristics and a strong feature-set put Thermaltake in good standing.

Cons
- Lack of rubber for PSU/feet