👤by Matthew Hodgson  Comments 📅14-12-17
Closer Look
The pump head looks good, even without the RGB lighting switched on. The black and white contrasts well and would suit almost any system build, if RGB isnt your thing. The tubes are sleeved for aesthetics and protrude from the bottom of the pump head, along with the fan-header wire. 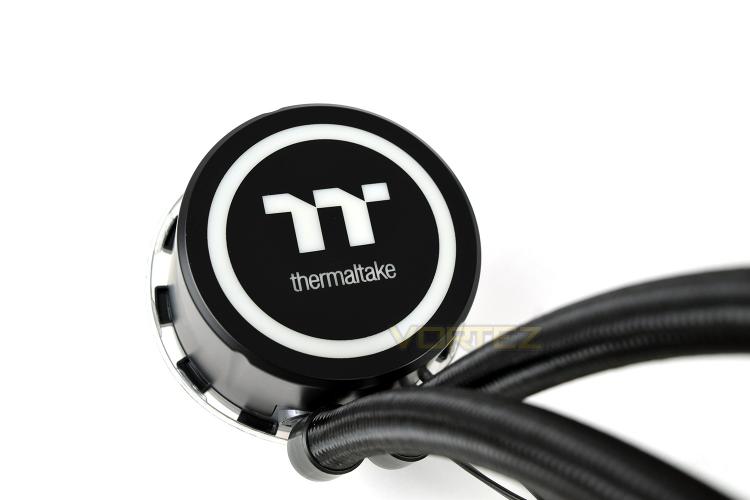 The base of the pump is formed from copper for better thermal transmission from the CPU heatspreader to the liquid behind. Thermaltake provide an accurately measured layer of thermal paste to get you off and running straight away. (We remove the thermal paste for our tests and instead use Noctuas NT-H1 thermal paste) 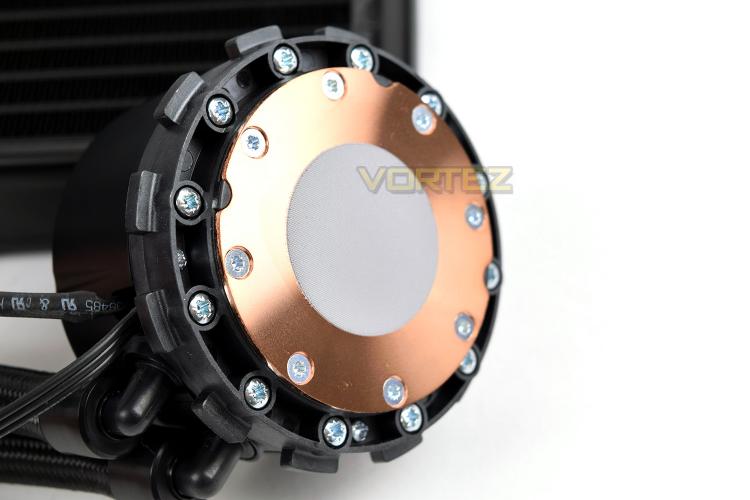 The included 120mm fans feature rubber mountings on each corner, to help prevent vibrations within the case, thus reducing noise. There are 9 blades in total to help create the high static pressure required to force air through a densely packed radiator. Theres a total of 12 LEDs in the white, translucent ring around the edge of the blades, each of which can be individually configured within the software. Another point worth noting is the use of a proprietary adaptor instead of a typical 4-pin fan connector, this enables Thermaltake to use a single wire for the RGB and fan speed control. The fan cables measure almost 900mm making routing a breeze. 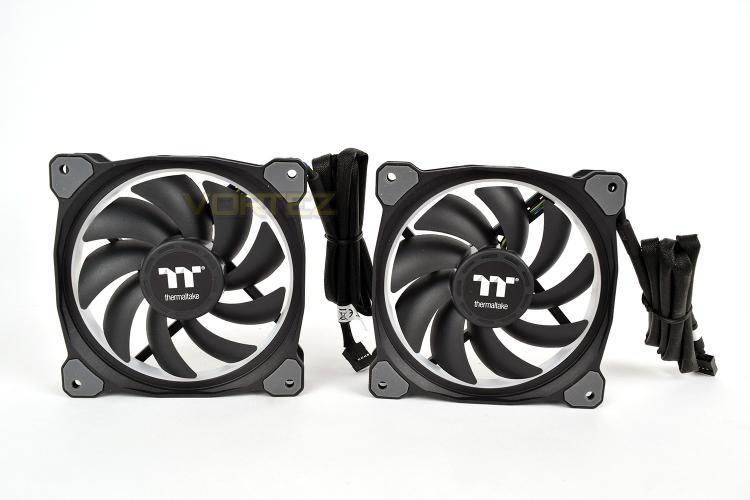 The 240mm radiator features densely packed fins to dissipate the heat as quickly as possible. The heated water is delivered via the sleeved tubes from the pump head. Thickness measures in at roughly 27mm so fitting this shouldnt be an issue in most cases. 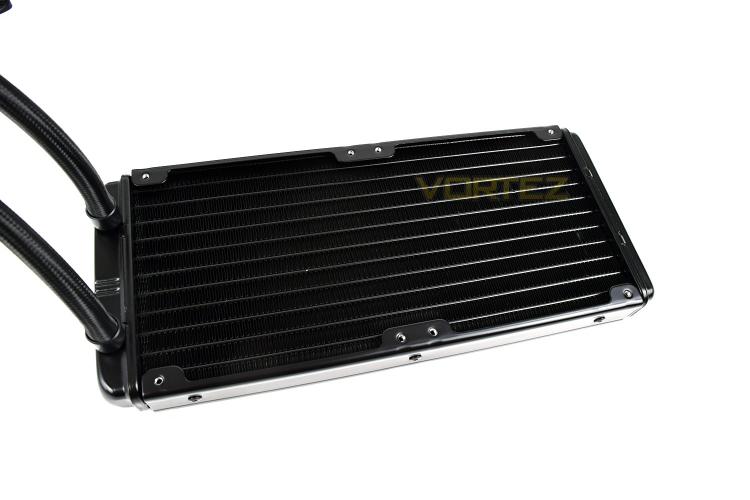 The installation of the fans is as easy as it can be really, the tapped holes provided no resistance and the washers provided ensured the screwhead was evenly distributed onto the rubber corners. Theres room around the fan enclosure to route some excess fan cable, if you dont require 900mm of it. The overall height reaches around 53mm with the fans installed. 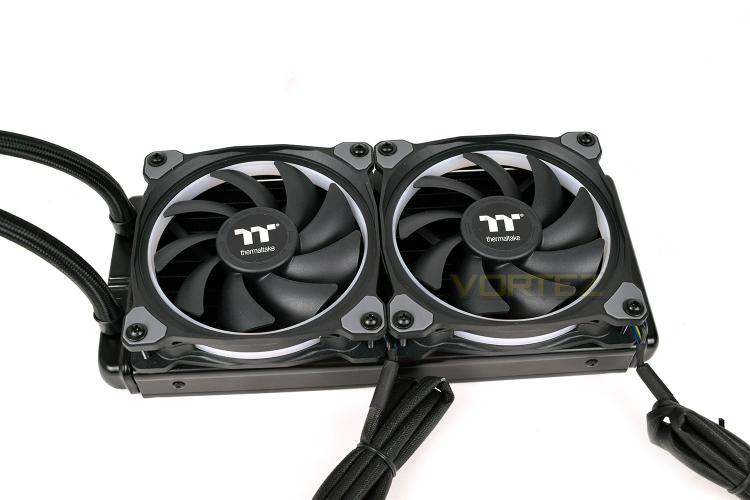