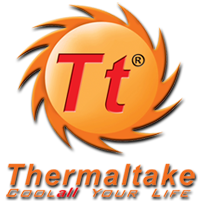 Having already looked at the Urban S21 and been impressed by Thermaltakes new venture into the silent computer chassis sector today we are going to be looking at a model at the opposite end of the spectrum. S21 is designed for budget conscious enthusiasts but the S71 is the higher-end offering within the series and has a respective feature-set.

Urban S71 is a full-tower chassis with minimalist styling which is typical of a case, of this calibre. S71 can accommodate a plethora of high-end hardware and comes with three cooling fans; all configured via a handy two-speed fan controller. The real question is can S71 compete with other popular offerings which currently dominate the market?

Thermaltake on their Urban S71
Urban S71 mainstream full-tower, categorized in Thermaltake latest chassis collection  Urban Series. The entire series has a simple and elegant aesthetic, design for users who looks for everything but a flamboyantly appearance.