👤by David Mitchelson  Comments 📅08-12-11
Conclusion
Choosing the right PSU is an important decision for the enthusiast because it is the backbone of any system. Buying an inferior, no-frills unit brings with it many consequences  some of which can be catastrophic. Ive personally read of many stories of various individuals who have been strapped for cash and gone down this route, these cheaper units can often blow and when they do, they will take everything with it. So you may think spending all of your money on the core components like CPU, GPU, motherboard and then very little on the PSU is a good thing  this may change when it goes up in smoke!

Whilst Thortech may be fairly new to the PSU market, the parent company GeIL have a wealth of experience with component manufacture and are very thorough with their DBT testing. Our brief look at the Thunderbolt Plus today has revealed a good product in the 1200W PSU. From the packaging right through to performance we can report good findings. In particular the iPower Meter is a great inclusion  allowing you to know all sorts of statistics about the PSU, including thermals, voltages, currents and more! 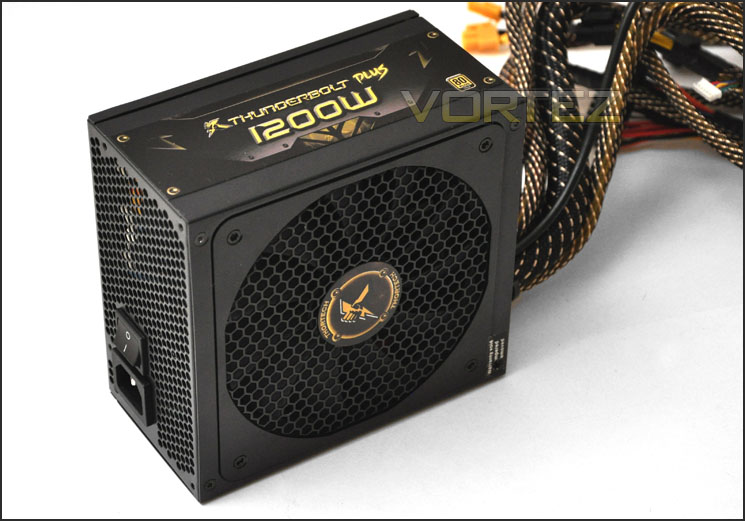 Though we arent able to test every aspect of a PSU we did examine the Thunderbolt Plus voltage variance during real-world testing and the results were pleasing. All rails remains within the ATX specifications and fluctuations were only minor. The only real issue we found was the nosie levels emitted from the cooling fan during 65% load, it was noticeable and if you are on the pursuit for silence then this is obviously something to take into consideration.

Though there isnt currently a retailer stocking the 1200W Thunderbolt Plus, consumers can expect this unit to be price at approximately £170 ($270) which isnt actually that bad for a gold certified 1200W unit.

So the Thunderbolt Plus is a worthy option for those seeking to purchase some more needed juice for a multi-GPU system, its affordable, performs well and comes with some brilliant extras such as iPower Meter.

Cons
- Noisy fan
- Unavailable to buy in most countries