👤by Richard Weatherstone  Comments 📅06-10-11
Campaign
The campaign mode can be played in either single player mode or if you prefer and a four player co-op mode which is a jump from the two player co-op found in the Gears 2. EPIC have also thoughtfully retained the ability for each player to set their difficulty level. Once you have tweaked your settings to your own personal preference it's time to jump into battle. Well, not quite because there is a delay as you sit through the opening sequence of the game and then spoon fed instructions that new comers to the game will certainly be grateful for but those more accustomed to the control methods may find a little condescending. It does however strike a good balance and enables both n00bies and pro players to become reacquainted with the Gears controls. 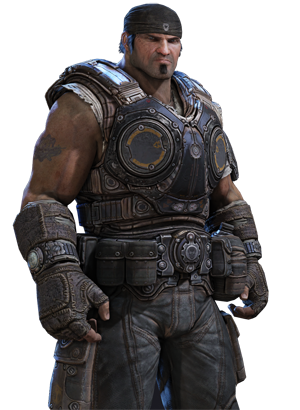 After what seems like an eternity of setting the scene we are soon firing our Lancer at the infected Lambert, remembering to get in close and use the chainsaw bayonet to glorious effect and the game once more feels less like second nature as you take down enemy after enemy. Speaking of the chainsaw, I was disappointed with the effect it has on the Lambert as they simply explode in a splash of Immulsion. I want blood and thankfully the Locust do enter the game. Gore galore ensued and with a wry grin I soon became enthralled in the gameplay which is both fast paced when it needs to be coupled well some timed lulls in the action allowing the player to fully appreciate the gorgeous if somewhat apocalyptic aesthetics of the game.

There are a quite a few cut-scenes which keep the storyline flowing and some over the top, very strong language is used throughout the game along amalgamated with some magnificent blood churning gore so it is perhaps best to keep any youngsters away from the T.V while playing, especially considering that this game is rated certificate 18 (UK). The action is as faced paced as it has always been and the early battles are easily dealt with despite having to take down a Lambert Leviathan within the very first battle which serves up as a great introduction to the game for both newcomers and seasoned veterans.

The graphical content is very polished and despite very little of planet Sera's beauty remaining, the game appears to have more colour than previous incarnations. The textures appear much more detailed which serves to bring an element of realism and despair to the plight of the COG team. The tainted Lambert are perhaps my only disappoint with regard to the graphics because as mentioned earlier, exploding enemies just don't grant the same primeval satisfaction as gutting your enemy with a chainsaw bayonet and all of the Immulsion splats rather than scarlet blood just doesn't feel quite right.

A great feature of GOW3 is the ability to allow up to 4 players to play through the campaign together with each player afforded the ability to set their own difficulty level. While this may seem odd, it works perfectly and offers up some great challenges such as constantly having to revive your n00bie outnumbered teammates who insist on standing toe-to-toe with the enemy rather than taking cover! Having completed the game myself it was great to use the option of co-op which will lengthen the games appeal.

GOW3 ties up most of the loose ends of the previous two games not least the storyline of Marcus's father, Adam Fenix who is perhaps the biggest hero of them all. I won't spoil the storyline for you but you will be in for a rollercoaster of a journey with emotion, anger and despair being served up in copious amounts. One of the Gears of War's greatest allies in the first two games was it being a all-action, fast paced romp level after level but GOW3 tends to place a lot of emphasis in the story telling. This is no bad thing as while I do enjoy the multiplayer aspect of the game and obviously the tremendous action sequences, it is the plot that makes the game so compelling and herein lies GOW3's greatest strength. While I have little doubt the franchise will continue in some form in the future as games manufacturers are always reluctant to put a game to bed and instead will milk every last drop from the series, the finality of the series is punctuated by this title. Normally we see as many questions raised as there are answered but GOW3 gives us the answers we crave and leaves little stone unturned.

Overall, the Campaign mode is a very polished segment of the game which will take a solid 12 hours of your life to complete depending on your own skill/difficulty level which if you are a fan of the genre or indeed new to the GOW franchise, is a worthwhile experience. You will however gain more value from the story if you have experienced the prior titles which are both highly recommended. If I had to pin-point a flaw in the game it is that, like the former titles, the game is linear at times and this becomes frustrating as despite Marcus carrying grenades and copious amounts of weaponry he cannot enter certain sections of the landscape because 'I am not ready for this yet'....Oh really? Were it possible to go where you want, when you want the game would be much more 'realistic', however these obstacles are put in place to keep the storyline rigid so it could be forgiven for this. A 'free play' element to the title would however have added to the games overall appeal allowing you to explore the gloriously detailed scenery at your leisure. The fact this this is restricted is a little disappointing as I feel the game would have benefited were it to allow the player a little more freedom. That said, I am perhaps being a little too critical as despite these minor flaws, the game serves up a very satisfying experience which is sure to delight fans of the genre.

Let's take a look at the multiplayer department...