There are three elements of multiplay, the familiar Versus gameplay, one which previous players of GOW2 will be familiar with - 'Horde' and a new element called 'Beast' 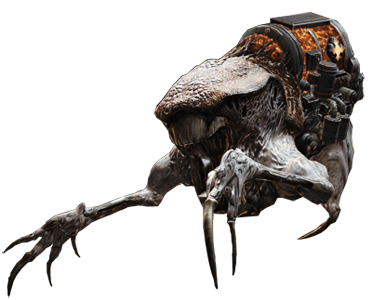 Versus
Team Deathmatch will be familiar to anyone who has played GOW online before. With a new selection of maps, weapon unlocks and additional player/weapon skins along with unlockable players keep the multiplayer aspect simmering along nicely. Perhaps the most effective weapon is the new sawn-off shotgun, especially for close quarters combat. It is very satisfying seeing a human player explode right before you very eyes as you roll towards them all guns blazing (which appears to be the most commonly used tactic online). Personally, I believe this detracts from the ethos of GOW in that cover seems to take a backseat role and more often that not I found myself on the wrong end of a shotgun when employing this tactic, so it was a case of if you can't beat them - join them. Much to the frustration of other players who then either left the server or employed the same, monotonous tactic.

If the Deathmatch game type is not your flavour then you can always participate in the capture-point type. This affords much more variety in gameplay and while the shotgun is still the weapon of choice teamplay is more consistent if you find the right server rather than the predictable (and often frustrating) run and shoot of Deathmatch. Whichever your preference, there is plenty to keep you occupied whether it is being number 1 on the stats board or unlocking new content to impress your buddies and enemies alike. 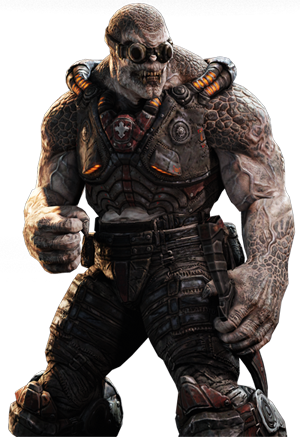 Horde
Horde is commonly referred to as survival mode. In this arena, players team up to face wave after wave of Locust enemies. Gears of War 3 adds to this successful idea by awarding players cash benefits which allow them to build structures, bases and a variety of fortification in pre-set locations around the map, giving them a greater chance of survival against the relentlessly spawning enemies. Should these structures take damage (and they will), you can spend some of that hard earned cash to repair them. If you have a preference for one type of fortification, you can upgrade it. It is quite comical watching numerous players sprinting around between each wave fortifying their positions in a panic stricken manner making their preparations before the next, stronger wave of enemies strike.

Beast
Flip Horde mode on its head and you have Beast mode. Instead of playing out the role of a COG member, this time you get to play as the Locust. Well not quite. Instead of taking control of anyone Locust, you get to play Locust God, buying monster after monster in various guise and sending them after the human scum. Each successful attack grants you more cash and experience where you can buy bigger and better members of the Locust fraternity.

Let's move on to my overall thoughts on EPIC Games Gears of War 3...