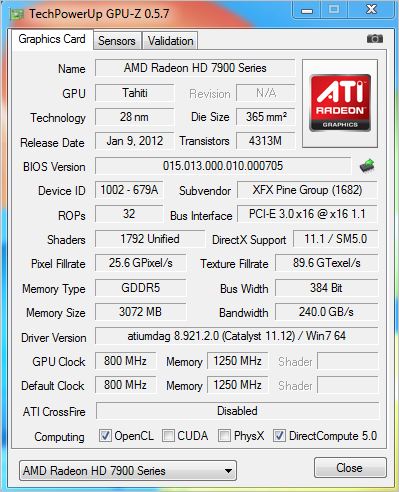 As you can see above, the XFX7950 comes with the reference clockspeeds of 800MHz. Memory frequency also remains the same at 1250MHz (5000MHz effective). Loading up MSI's latest beta version of afterburner we find that both clockspeed and voltages can be adjusted courtesy of the CHiL controller.

When we first starting overclocking the XFX R7950 we used the pre-release BIOS which struggled to reach 1000MHz topping out at around 950MHz and even then it was not fully stable. Thankfully, XFX sent us the official release version that all the XFX DD R7950 cards will ship with. Again, the card simply refused to play ball. The usual method of whacking up the voltages which is normally enough to spring even the most stubborn of graphics cards to life didn't give us any more joy either. Using subtle increases though and taking my time this time around I had much better luck: 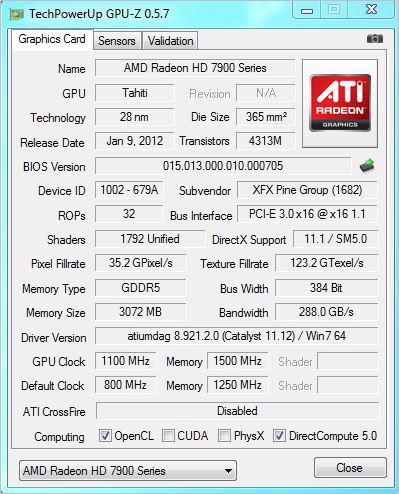 The card surpassed the 1GHz mark with ease this time around and even hit 1100MHz! Any further than this though proved unstable so we settled for an amazing 1100MHz which it reached with less voltage than the PowerColor GPU we reviewed earlier. An excellent if somewhat initially stubborn performance by the XFX card! 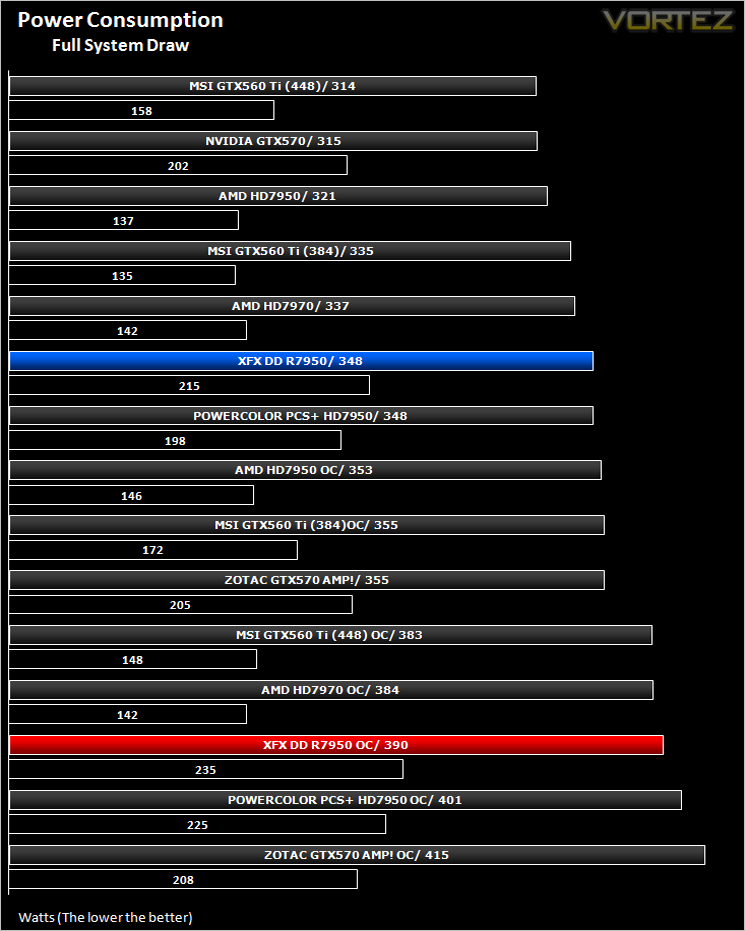 The XFX card was surprisingly hungry at idle which could partially be attributed to the increased fan speed profile of the latest BIOS. Under overclocked conditions too, despite using less voltage to overclock than both the PowerColor and reference cards it didn't show this in the power consumptions tests striking a balance between the two cards. It isn't a bad performance by any stretch of the imagination but I expected better from the acclaimed Duratec power components. 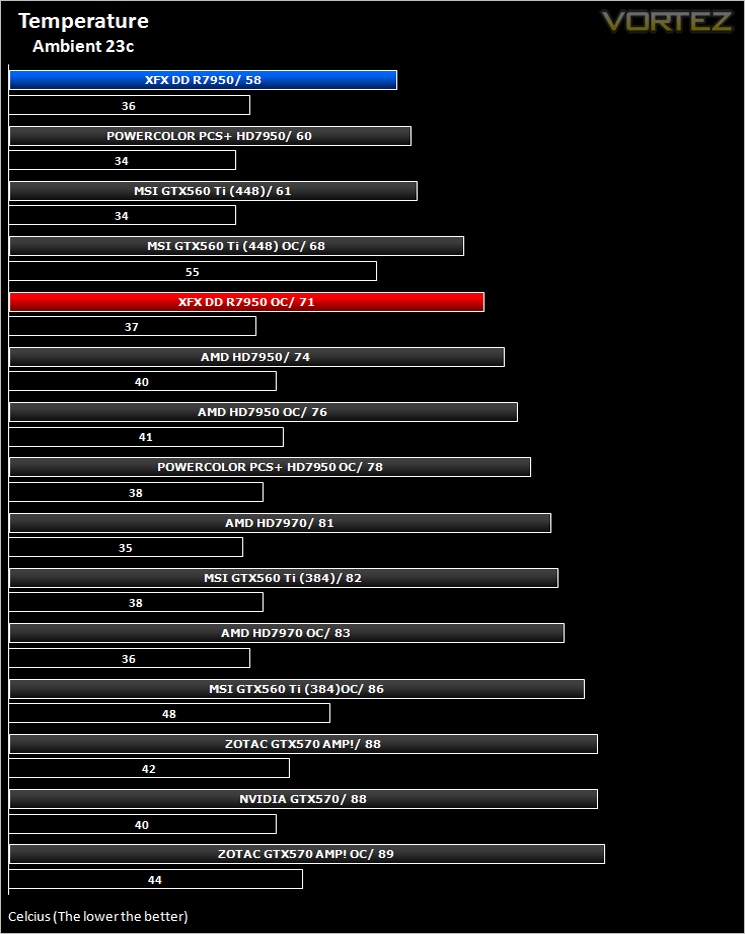 The XFX card was the coolest we have had the pleasure of testing here at Vortez - testament to the fantastic GHOST cooler. At stock speeds with the latest BIOS revision the card topped out at a mere 58C which is unreal for a card of this calibre. Even when overclocked to a mammoth 1100MHz the card barely broke a sweat.

There is however a caveat to this in that the cards noise levels did make a little more noise that was quite noticeable. While not as loud as the older AMD cards, you would know it was there and it is worth noting that the tone is different, being more of a whine than a rush of air. This however is an acceptable trade off when the card offers such performance I'm sure you will agree.