With the recent slowdown in new graphics card technologies we find the annual price wars starting to gear up. One of the most highly contested areas is the mid-range segment. Quite often we see a re-hash in model numbers - by this we mean re-badging an existing graphics card to make it appear new. Both AMD and NVIDIA are guilty of this practice and to be fair it makes perfect marketing sense. The enthusiast consumer usually yearns for the latest hardware and it is with this thought that a cunning but simple re-fresh of existing models proves both efficient and cost-effective as it uses up existing silicon while supplementing and supporting current gen product family. Like it or not, neither AMD nor NVIDIA are likely to massively reduce 'last years stock' when they can keep the price artificially high by a re-badge and BIOS flash. 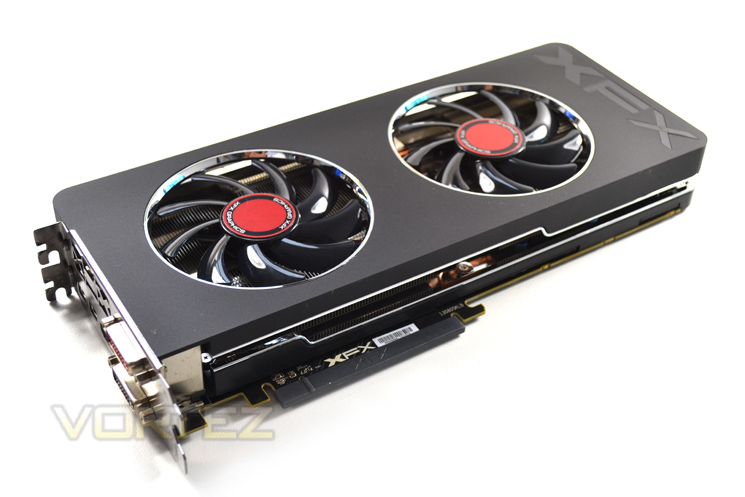 The R9-280 is one such graphics card that has undergone this process. In a former life this was the very successful HD7950 - understudy to the mighty HD7970 flagship component which itself underwent the marketing transformation to the R-280X! Clearly then, the R9-280 has the performance pedigree but has anything else changed? Well, not a great deal actually. Aside from a very small boost in clockspeed (reference) and a redesigned cooler, the R9-280 is near identical to the HD7950 refreshed 'boost' edition. Not that this is a bad thing of course because when we tested the HD7950 we were thoroughly impressed. Time has since moved on but with a few driver tweaks and XFX's own speed boosts being that our review sample is the 'Black Edition OC' we hope to see some good figures, especially with regards to value for money because at just £180 / $275, the R9-280 looks to give tremendous bang-per-buck. For this reason we will be pitching it up against NVIDIA's GTX760. Not only is the green team's card similarly priced but it also happens to be our current value for money champ.

XFX's take on the R9-280 Black Edition OC:
For gamers who demand the very best, AMD Radeon R9 280 graphics shatter ordinary GPU performance. Groundbreaking GCN Architecture pushes your performance to insane levels while AMD TrueAudio technology and ultra-resolution gaming take you even deeper into the action. With Ultra Resolution Gaming you can leave HD in the dust by gaming on displays much, much larger. Whether using a 4k monitor or combining multiple HD monitors, you'll get an expansive experience that's truly out of sight. With AMD TrueAudio technology, you get the most revolutionary, realistic and breathtaking sound we've ever put in a GPU Mantle gives game developers the power to speak directly to the GPU core. With such a direct connection to your hardware, game developers are discovering a whole new world of immersion and performance made possible by AMD graphics leadership.