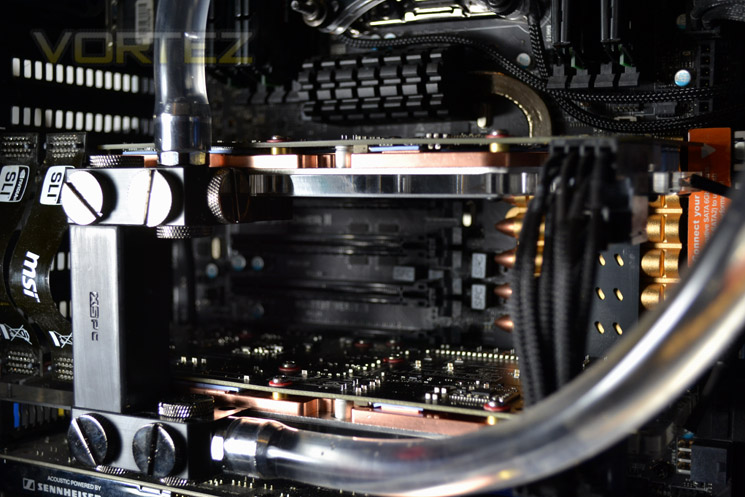 We were worried that the cards may need a little flexing to get them to sit correctly into the PCIe slots however the measurements of the SLI Flow bridge were perfect as the cards align to the slots without issue. 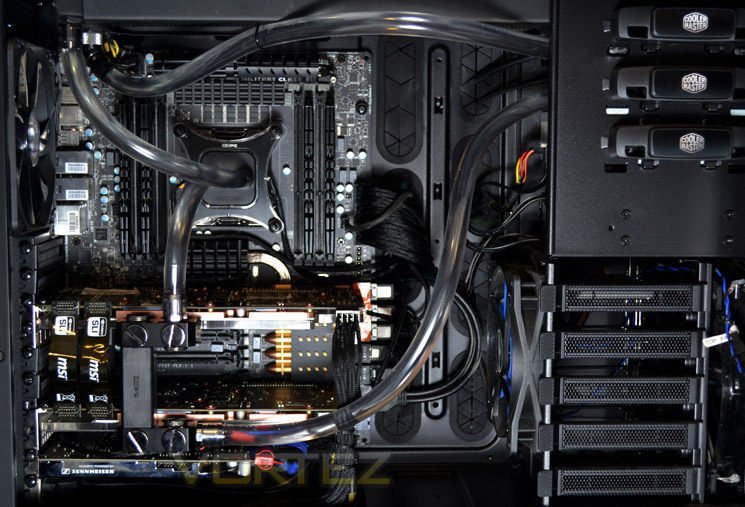 With the cards in place it was just a simple task of re-adjusting the old CPU loop to include the new graphics cards. Our loop went Res/Pump>radiator>CPU>GPU1>GPU2>Res/Pump. We don't use clips to secure the tubing as the tubing is 7/16" while the barbs are 1/2" and we heated up the ends of the tubing to shrink back into place when fitted to the barb giving a very secure watertight fitment. If you are not so confident then bulky, unsightly clips or compression fitting may be to your preference.

The last job was to sort out the eye candy (illumination. With the block fitting, flow bridge attachment and general build going so well we didn't expect any problems with this last stage however, we were wrong. 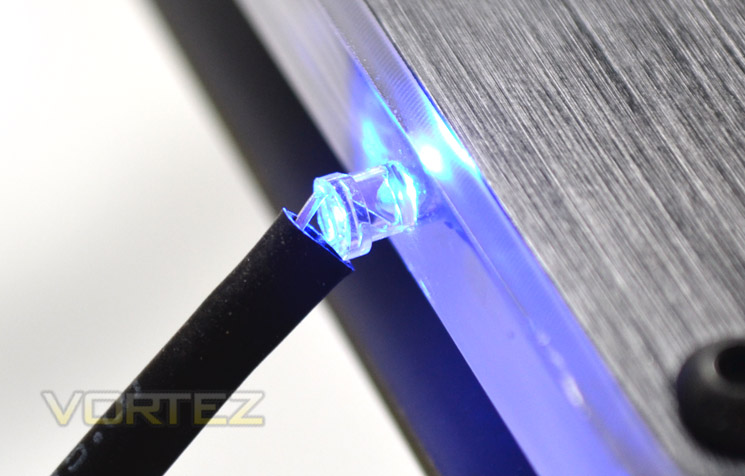 Despite our very best efforts we could not get any the 3mm LED to fit snugly into the pre-drilled holes. It appears that the holes are just too small. 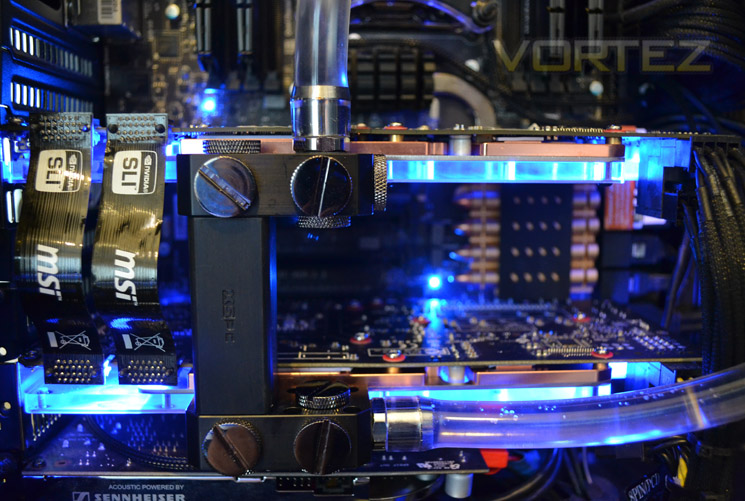 Sadly, this had the effect of much of the light escaping from the LED before it had time to illuminate the blocks correctly. Undeterred a little Super glue resolved the issue and gave us a better effect.

This is such a shame. While not a major issue as it certainly won't effect cooling ability nor bother you if you have a case without a window, it is a smear on an otherwise near perfect product thus far. 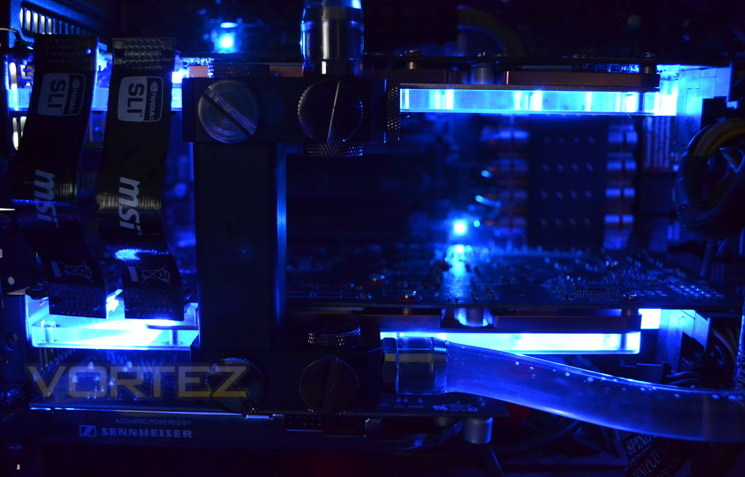 The lighting effect looks great and I'm sure with a little coaxing or widening of the hole they would fit bitter but it is not something you should have to do, especially given the cost of the waterblocks. 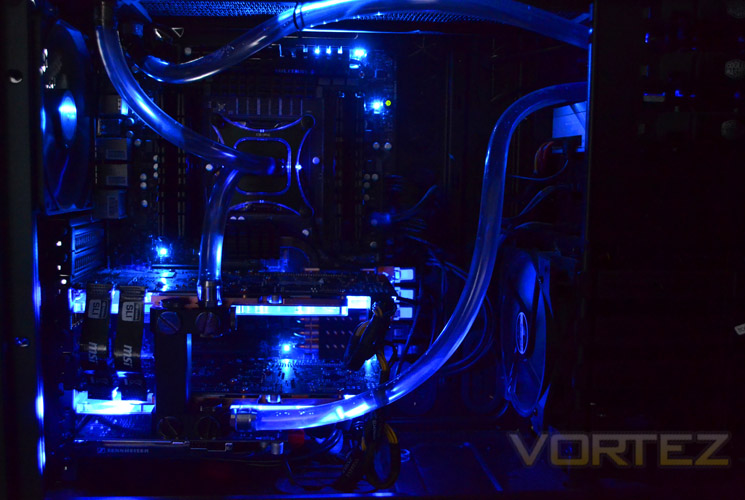 A thing of beauty I'm sure you will agree. The LEDs are not too bright nor too dim and should you be a wizard with a soldering iron, can easily be replaced to colours of your preference.

We left the system in this state for 24 hours to give it plenty of time for any air to have been bled from the blocks, tubing and radiator then began our tests...