The ZOTAC GTX660 is a great little card. It has a small enough footprint to fit into a small enclosure and because of this it would be easy to dismiss this card as a poor gaming performer. You would however be wrong because for its size it is punching above its weight. In true David and Goliath style, it has enough power to beat not only the the AMD HD7850, the AMD equivalent of the GTX660 but also trade blows with the more expensive HD7870, even bettering that card on many occasions when overclocked. Equivalent in performance to the previous generations GTX570 is a fair leap in performance and while it will not break any benchmark records, it is certainly a capable performer at least at the resolutions NVIDIA have targeted this product for. Turn up the pixel numbers and the card starts to show it's Achilles heal.

At our maximum test resolution of 2560x1600, the GTX660 began to fade away. Without anti-aliasing, the frames per second the card churns out were adequate. Start to add filtering however and the performance began to dip below 30fps. If you were optimistically hoping this card would be a good performer at the highest resolutions then I'm afraid you will be disappointed. With that said though, NVIDIA are not pitching it to the extreme end of the resolution scale which only make up a very small percentage of users, for these users the GTX680/GTX670 are clearly more suitable components. 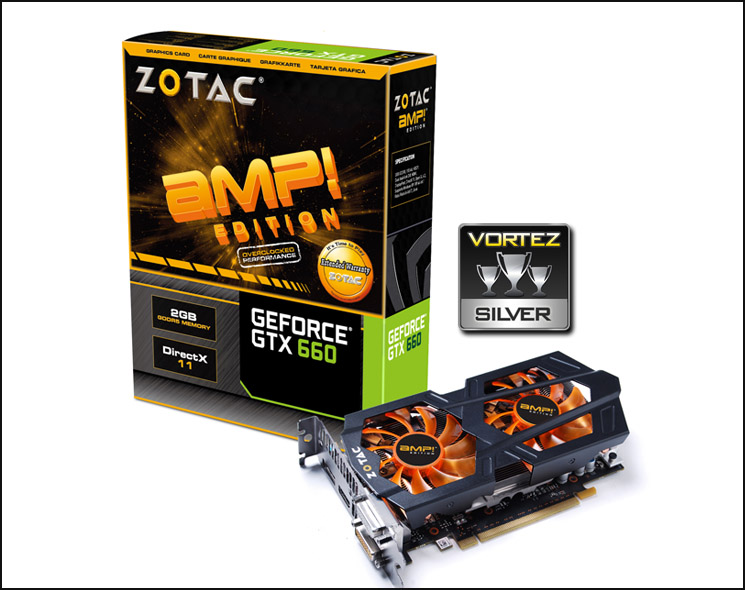 The NVIDIA's pricing is still a bone of contention, with our sample having an MRRP of £179.99. At this price, the GTX660 does however slot neatly between the pricing of the AMD HD7850 and HD7870 graphics cards yet still weighs in cheaper than the last generation NVIDIA GTX560 and GTX570, both of which this card outperforms so in context, the GTX660 offers sound value for money in comparison. £180 is still a fair amount of cash to part with though but if you cannot afford one of the higher end Kepler products, this card still retains some of the Kepler DNA of its brethren at a much lower price point so it makes sense for NVIDIA to price it at this level. I would however have liked to have seen this card around the £150 price point which would certainly make it much more appealing and make it the card of choice for anyone looking for a sub £200 card. As it stands it is priced competitively but is not what could be described as a clear-cut bargain. The choice between slightly higher priced the HD7870 or this card would be a very hard call to make. What you are getting with the GTX660 though is a definite step up from the 8800/9800GT of old, so it is 'mission complete' for NVIDIA. Whether the price will be low enough to tempt you to upgrade only you can decide.

NVIDIA set out to build a card to tempt users of older DX9 hardware to upgrade to the latest technology without it costing the Earth to do so. For the most part they have succeeded because at 1920x1080, it's a solid performer. Higher than this and the card may well begin to struggle but in all fairness it is unlikely that anyone running a 27"+ size monitor is going to be running a low-mid specification graphics card. So, if you are looking for a competitively priced card that won't take up a large amount of real estate, has Kepler DNA and is capable of DirectX 11 with minimal power requirements then the ZOTAC GTX660 should be high on your shopping list. With all points considered it is a very worthy winner of our Vortez Silver award.

Cons:
- Begins to struggle at the highest resolutions
- Basic packaging