👤by David Mitchelson  Comments 📅05-11-19
Power, Temperatures, Acoustics
To test for power consumption, we take a measurement from the plug socket. It is important to note that the figures below represent total system power use and not just the GPU. The CPU was always in a fixed state (4GHz overclock) so did not affect the additional power load when the GPU was placed under 100% load using Heaven 4.0 which was ran for 20 minutes at which point a load reading was taken. Idle readings were taken 5 minutes after system boot to ensure any background services and applications had loaded. 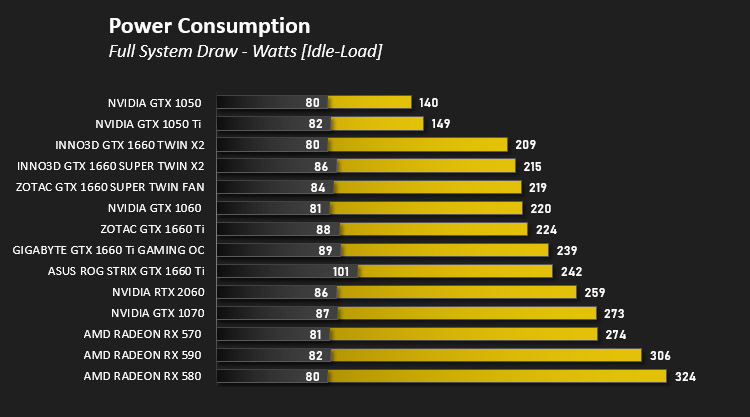 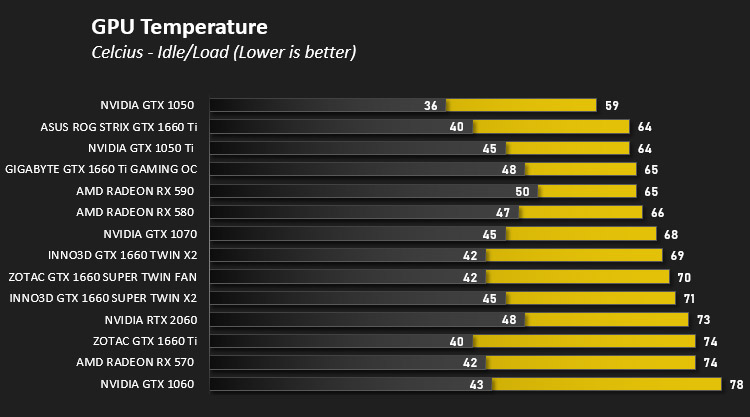 Compared to the INNO3D GTX 1660 SUPER Twin X2 which we reviewed prior to the ZOTAC card, ZOTACs offering is much quieter. Under load it presents little by way of noise.