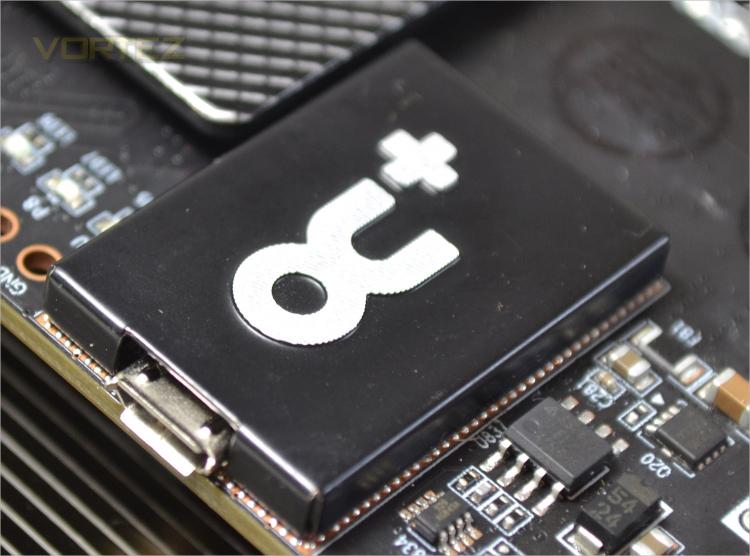 The OC+ controller regulates power to the GPU's PWM via ZOTAC's Firestorm overclocking and monitoring tool. Rather than communicate through the PCIe slot though, a separate mini USB connection is used to make this regulation truly unique and independent. 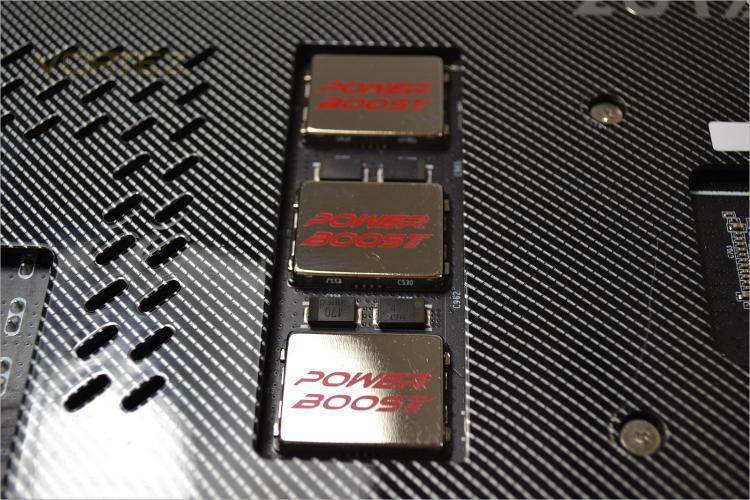 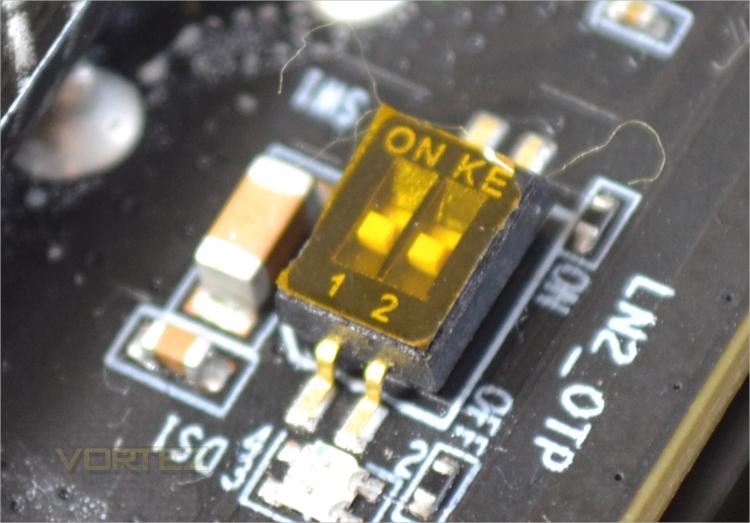 Two tiny dip switches are also found on the back of the PCB which are labelled with LN2_OTP meaning these are over-temp protectors for users on LN2 extreme cooling and should not be tampered with unless you have this cooling available and in use. 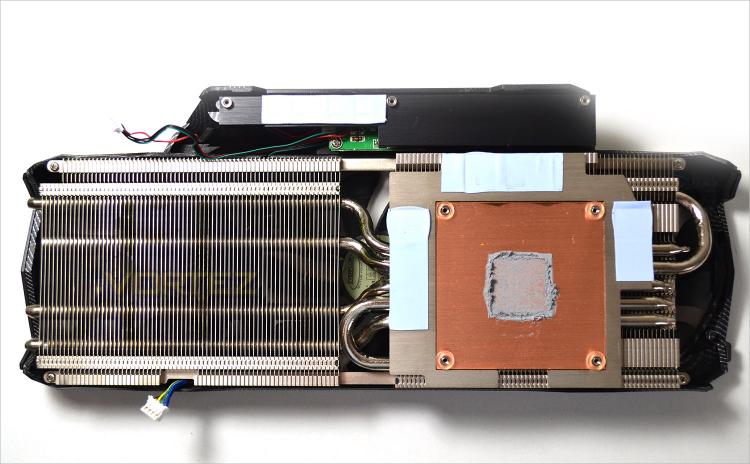 The heatsink cooler is the aptly named Icestorm. The usual array of copper heatpipes and aluminium finned arrays are separated into two sections. Cooling these sections are three 90mm fans with a separate passive XL heatsink for the VRM. 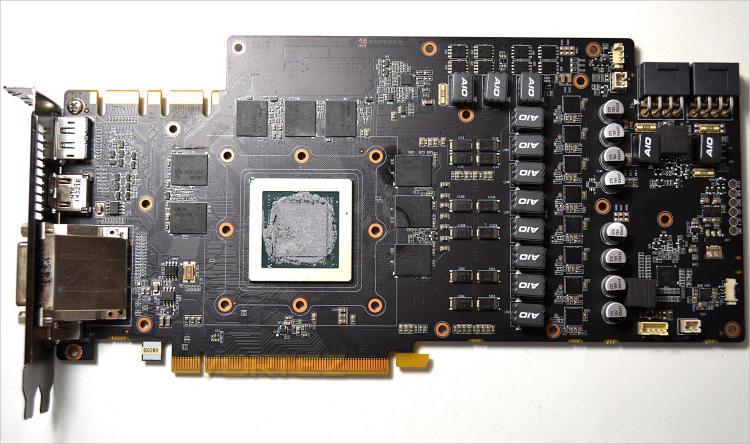 The first thing you may notice is the odd shape of the PCB. We see that the extra section uppermost on the card is not purely for aesthetic purposes but carries 3 extra power phases and the power module for the LED lighting. 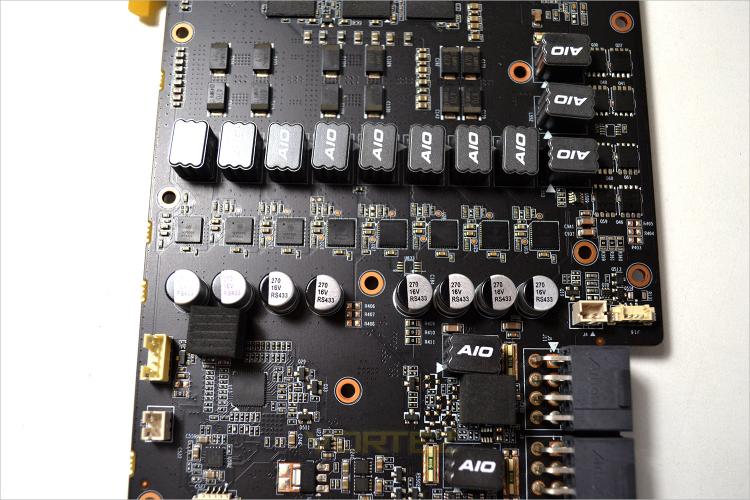 The GTX 970 Extreme AMP! has a huge power base with 8 phases reserved for the core, 3 for the memory and two for auxiliary making a massive 13 power phases overall. Solid capicitors, AIO ferrite chokes and high quality MOSFETs ensure ultra reliability and stability. 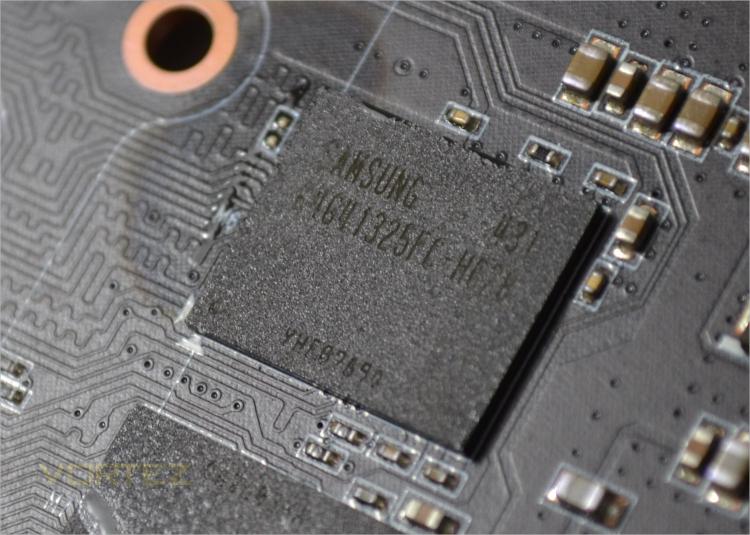 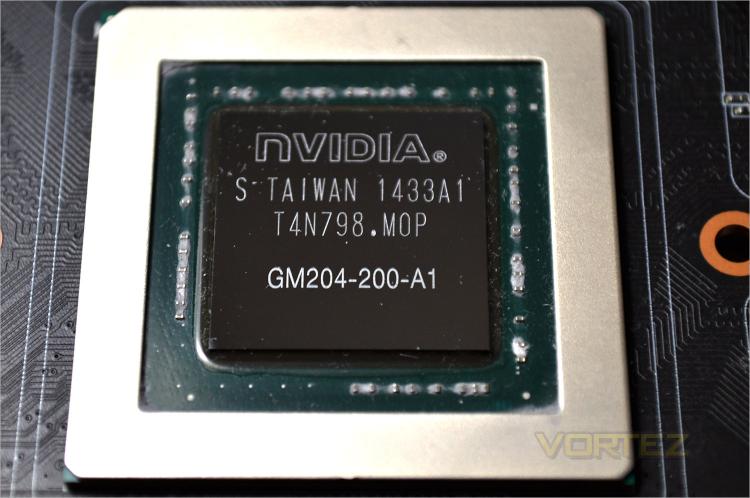 Finally we reach the heart of the beast. Much has been said about the GTX970 based on Maxwell technology so we won't go over old ground again here but if you didn't already know, it is a slightly trimmed down version of the all conquering GTX980 without the huge price tag that entails.