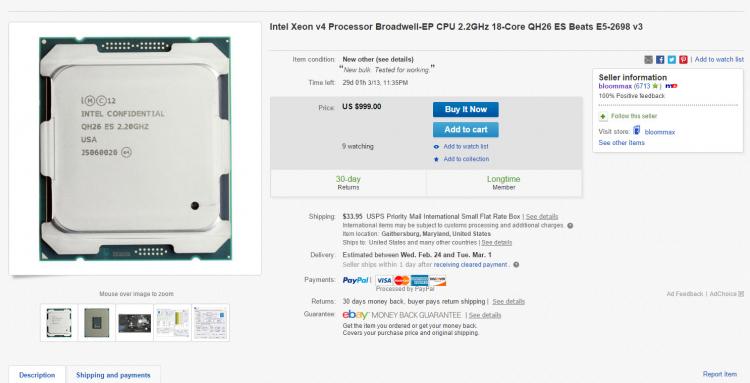 Intel is launching their new Broadwell-EP line of CPUs this quarter which is aimed at the server market. The launch has not had a declared date, but a chinese retailer has listed a Breadwell-EP based Intel Xeon E5-2600 V4 processor, listed at $999 USD.

The post listed on eBay depicts a 18 core 36 thread CPU with a 2.20 GHz base clock, with a turbo frequence of 3.0 GHz and 2.60 Ghz across all cores. This chip is utilizing Intels Broadwell architecture which has a manufacturing process of 14nm. Giving the CPU less heat dissipation and less power consumption.

The Chinese seller has mentioned that the CPU is an engineering sample and runs fine in regular use or for common workloads. The stepping mentioned is A0 which means this chip is past the early sampling stages making this CPU more stable then previous engineering sample CPUs. This CPUs specifications are as follows; 2.5 MB of L3 cache per core, with a total of 48 MB LLC on the die. This chip also comes with a 145W TDP with a core voltage max of 1.20.

Below is a Cinebench benchmark, along with CPU-Z information regarding the CPU. 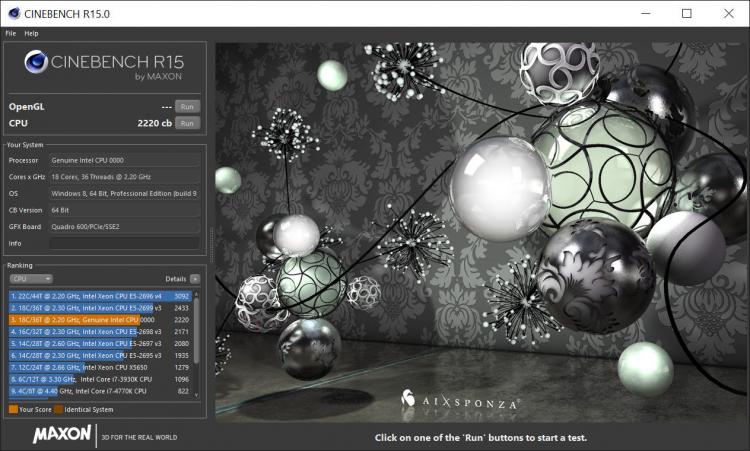 For the listed price of only $999 USD this processor already has a better price to performance ration the thousand dollar Intel Core i7-5960X that launched as Haswell-E. This makes this chip perfect for cheaper rendering and multitasking machines. Multiple Broadwell-EP chips have already been confirmed to work on certain X99 motherboards, like the X10DR from Supermicro, X99/Z10PE from ASUS and X99 motherboards from Gigabyte. Listed below are more details on those motherboards.