A Hat In Time DLC Announced, But No 50-Player Co-op With GOG Version 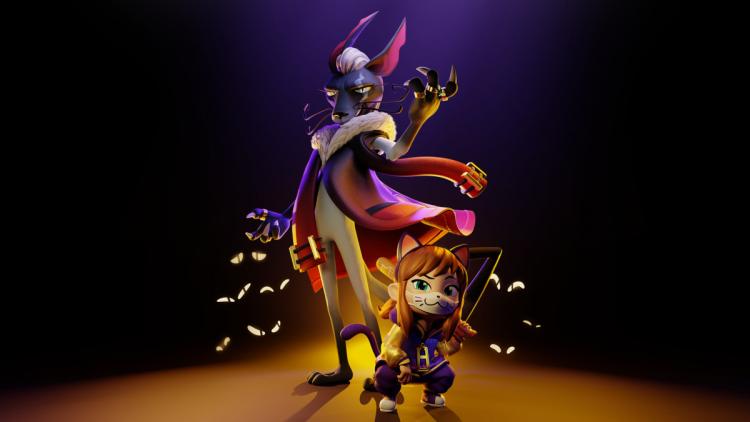 Released in 2017, A Hat In Time by indie studio Gears For Breakfast is a sweet 3D platformer designed in the tradition of Nintendo-64 classics like Banjo-Kazooie, full of flair and humour. It's also mechanically sound, something that isn't as common as one would hope for 3D games of any genre. Its original funding model - AHIT was one of the early Kickstarter indie darlings - only makes its quality all the more impressive. Soon they're releasing their second DLC pack, Nyakuza Metro, which will bring with it an up-to 50-player co-op mode and finally fulfil their Kickstarter aspirations some six years after the campaign finished.

The Nyakuza Metro DLC is landing on Steam and GOG but, in a somewhat ironic twist given recent issues surrounding store exclusivity, the 'Online Party' 50-person co-op mode will only be available through the Steam version. GOG prominently alert customers on the store page, but it's a shame that the version without DRM of any description will end up being a distinctly inferior one in terms of features.

You may be tempted to consider that this is Valve flexing their corporate muscles but in fact the reasoning is far simpler. With the launch of this DLC A Hat In Time will be one of the first titles - if not the first - to use Steam's latest networking API:

With the release of the Nyakuza Metro DLC, A Hat in Time introduces a very untraditional online multiplayer, Online Party!

One of our main goals for Online Party was that we wanted everyone to be able to play, regardless of their local network setup. Too many times we've seen friends not being able to play together due to a NAT setup, or not being able to open ports, etc.. ultimately the biggest challenge when developing was how to get around those challenges players face.

Everything changed when the wonderful people at Valve gave us beta access to their upcoming Steam Networking API 2.0. This new networking API completely resolved the issues by re-routing through Steam, which was incredible!

I, and all of Gears for Breakfast, want to send a thank you to Valve for producing this tool for Steam, and for working closely with us to implement it within the game. We wouldn't have been able to make Online Party without this build and the support we were given. Being in direct communications with the networking team was invaluable to us, as we were able to propose functionality and get fixes. Special thanks to Fletcher and Tom at Valve for providing us this opportunity and working with us.

We are thrilled to be one of the first games to premiere with this new networking API and hope everyone enjoys Online Party!

Online Party looks set to be fantastic addition to A Hat In Time, and there's no doubt that development features such as the Steam Networking API 2.0 will be a draw for indie devs that isn't quite so obvious to consumers and the press.

A Hat In Time Nyakuza Metro with Online Party will be released on May 10th on Steam, priced at £5.19. Alternatively, this DLC without Online Party is available for a little less if you already have the GOG version. A Hat In Time and prior content is also currently on sale for 50% off the usual price from both stores.