A New Dawn Arrives This Month 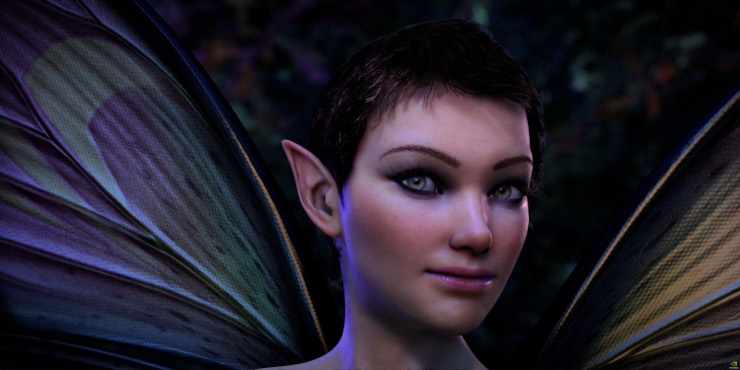 NVIDIA teased A New Dawn some time ago, and this month should finally see its release. The tech demo is a re-imagining of their original Dawn demo, which was designed to show off the then state-of-the-art FX5900, and now has orders of magnitude more complexity reflecting how far technology has moved on in the intervening 9 years.

Compare that with NVIDIA's original Dawn tech demo, which is now starting to show its age:

An article on Geforce.com discusses the "A New Dawn" demo, describing why it is pertinent to the Kepler range of GPU's and how the demo itself now models features which are notoriously difficult to render. 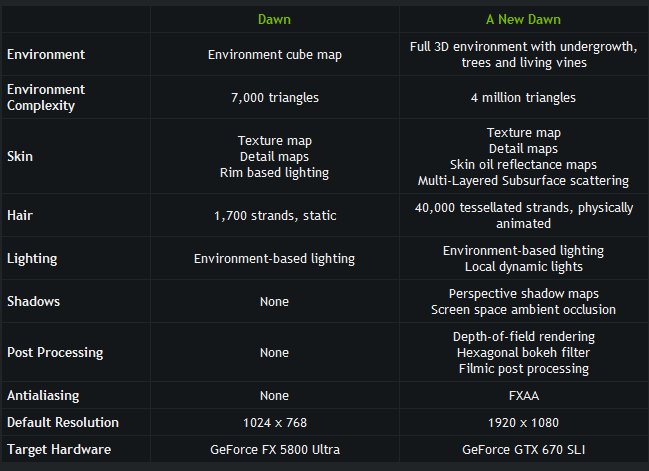 For best performance NVIDIA are advising two GTX 670's; the demo itself is designed to stretch a GTX 690 and no doubt will do at the highest quality settings. A New Dawn should be released as an executable before the end of June.