A New World Record Has Been Hit On Intel Skylake; 7GHz 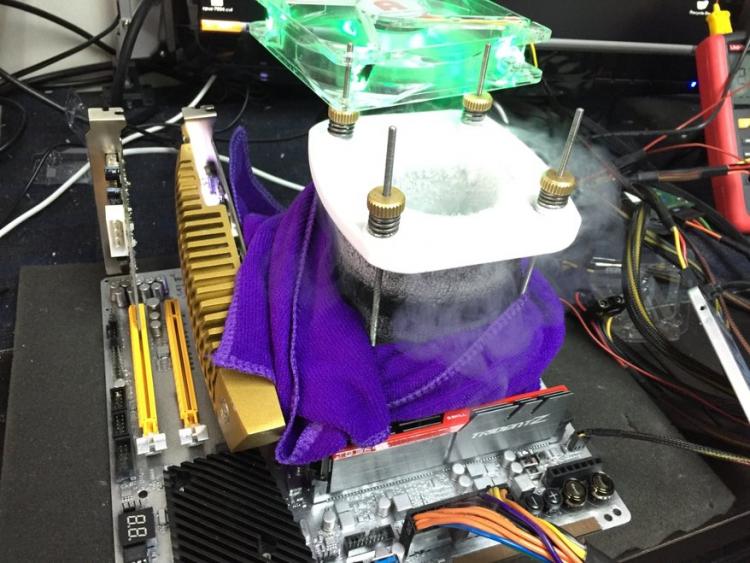 Chi-Kui Lam from Hong Kong managed to clock an INTEL Core i7 6700K to an insane 7025.66MHz a new record for Skylake, INTELs newest generation of CPUs. But how did he achieve such a feat? To do so he used a lot of cooling, A LOT of cooling, enough liquid nitrogen to cool the CPU to -321 degrees Fahrenheit or -196 degrees Celsius.

To achieve this he used a ASRock Z170 motherboard which they have spray painted with a silver paint to insulate the other components from the well below freezing temperatures. Also in the build is 4GB of G.Skill DDR4 RAm, a 256GB SSD with Windows XP Professional, and a 1300 Watt Antec PSU.

A few German overclockers came close to taking their record but fell short with 7007.85MHz, right behind the record 7025.66MHz. They were using a Asus Maximus VIII Gene motherboard. 7007.85Mhz is the current record for that specific motherboard and CPU combination, so props to them as well.

« The Division Will Let You Choose Between More FPS and Better Lighting Quality On Consoles · A New World Record Has Been Hit On Intel Skylake; 7GHz · Titanfall 2 Details Shared By Lead Writer There Will Be A Campaign And Possibly A TV Show »