A Reddit user by the name of -Olek has modified the launcher of Rise of the Tomb Raider by doing this he found an option to enable DirectX 12. In the picture below, you can see the option to enable it in the launcher, and by clicking "Exclusive Fullscreen" this opens the setup menu (which can be seen on the right of the image). The other options also don't correspond to what they say they do: 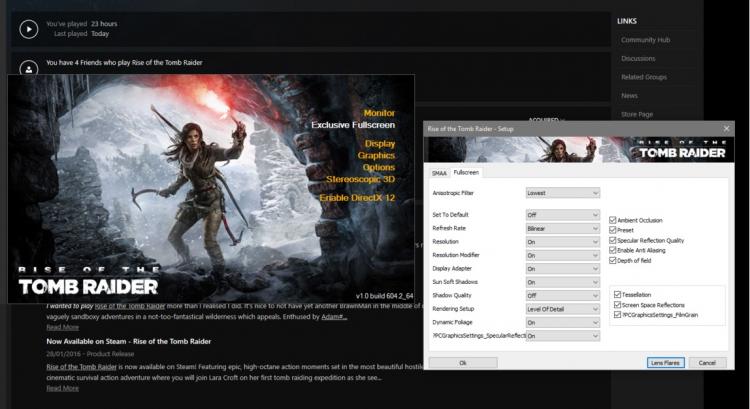 The menu change is achieved by replacing the ROTTR.exe with the original executable from the retail version. Other clues point to Rise of the Tomb Raider having DirectX 12, in the games files it has a .dll for DirectX 11 and DirectX 12 (seen below)

Many games are in the works to include DirectX 12, like Hitman, Just Cause 3 and F1 2015. The information on DirectX is going to be disclosed at GDC 2016. DirectX 12 would enable several new options for the game giving the game more performance on the PC platform, like making use of asynchronous shaders and making use of the CPU efficiency provided by the new API.