If you're in need of a new game or two to while away the time this weekend then the Epic Games Store has you covered. Three indie titles have been rotated in as their free games for the week, two of which are built around repeatable Roguelite gameplay in more traditional shells. Each is available with your Epic Games Store account until 4pm UK (11am Eastern, 5pm CEST) on Thursday August 5th, when the offer will rotate once again to a new set of one or more experiences.

First up is 20XX, a roguelite platformer from Batterystaple. Assuming classic MegaMan gameplay is your jam then this will be your first port of call, especially if you like the idea of jumping into 2-player co-op action. Co-op play is crossplay with Steam too, just in case that was a concern.

If 20XX captures your heart then two you can also grab two DLC packs that bolster the roster of playable characters. The game can be played on a system with exceptionally modest specs (i.e. 2009 era), but you might benefit from a gamepad rather than rely on KBM controls. 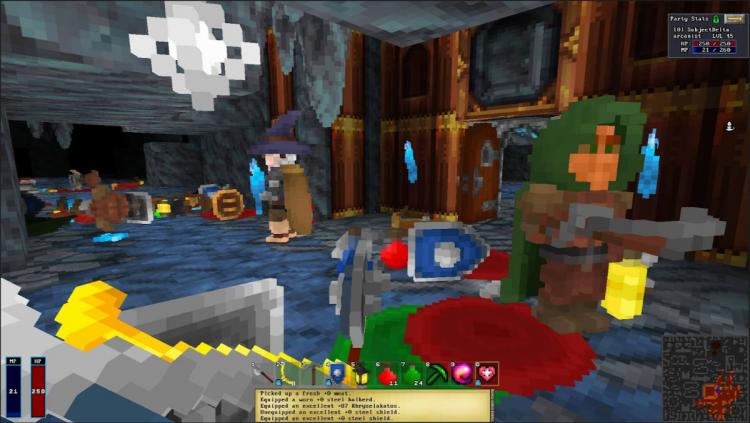 Barony by Turning Wheel is next up. This indie title is a throwback to 3D dungeoncrawlers of yesteryear with roguelike elements including perma-death, randomised dungeons and persistent upgrades, but also adds RPG elements including items and multiple character classes. Co-op is once again available, this time with up to four players via LAN, Steam or direct IP connect, so form your own party and delve into the dark.

Finally there is Superbrothers: Sword & Sworcery EP, developed by Capybara Games. A core action & puzzle platformer with a focus on single-player storytelling, Sword & Sworcery capitalises on a unique visual style and the musical stylings of Jim Guthrie for a very memorable experience.

Epic Games are also running a their 2020 Summer Sale with savings of up to 75%. Included are titles such as Control, Assassins Creed Odyssey, The Outer Worlds and Metro Exodus; if your temptation is for something of a Triple-A variety then this Sale may be just the ticket.

Both the Sale and this selection of three free games will sunset on August 6th, at which time puzzle game Wilmot's Warehouse will take the latter's place.