A Trio Of New Gaming Laptops Unveiled By ASUS ROG 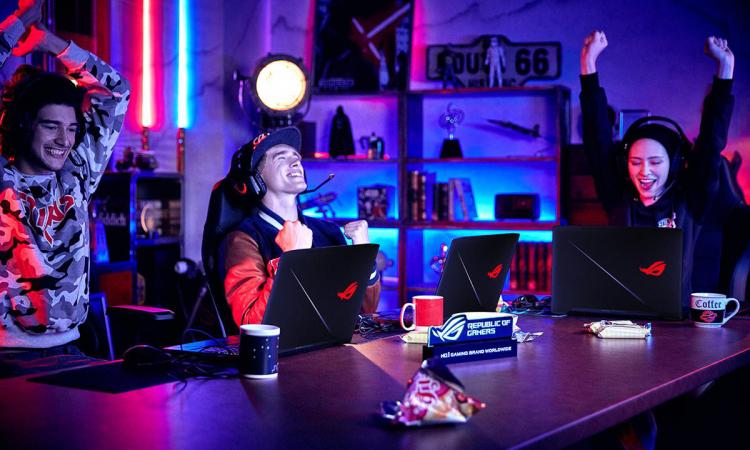 ASUS ROG have this week revealed a trio of new gaming laptops set to hit UK stores with a bang, catering to plenty of genre preferences and sporting technologies brand new to the gaming laptop market. Not only that, each design is VR Ready for those who are branching out into even more exotic experiences.

First up is the ROG Strix SCAR Edition, built with FPS gamers in primary focus. Kitted out with a quad-core Intel i7-7700HQ and NVIDIA GTX 1060 6GB, the laptop has more than enough horsepower to handily the latest first person titles at great quality settings. These components are ideally complemented by a 15.6" 120Hz 1080p IPS panel with 5ms response time, for when reaction times mean all the difference. 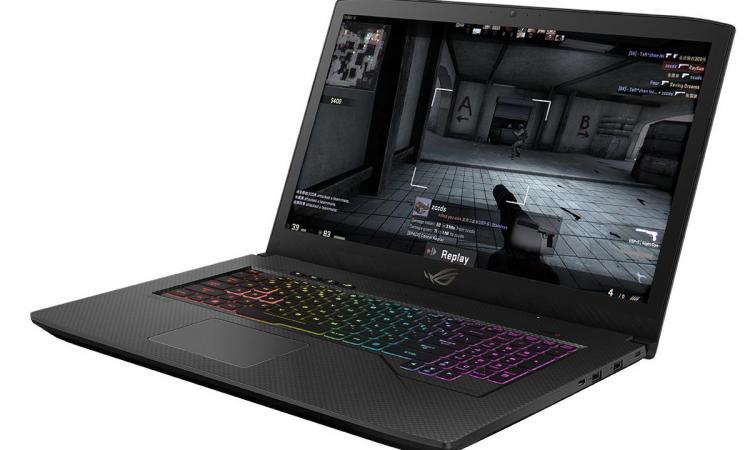 Supporting the gaming credentials of the SCAR are other important features: 16GB RAM, 256GB M.2 SSD and backlit chiclet keyboard. Installing and running games will also not be an issue thanks to a capacious 1TB SSHD which incorporates a smallish solid state cache alongside a large mechanical drive.

By contrast, the ROG Strix HERO Edition is more suited to the reduced requirements of MOBAs. By way of CPU it has an Intel Core i5-7300HQ, a quad-core model that should be more than enough for DOTA2, LoL and where-ever the genre takes us next. The graphics however retain the relatively beefy GTX 1060 6GB GPU of its bigger brother. These will once again drive 15.6" 120Hz panel of the SCAR, so you can be sure that ASUS are by no means skimping on this design. 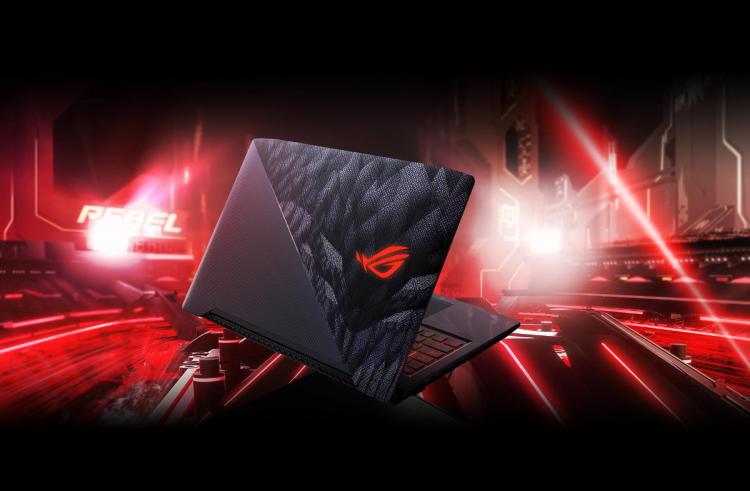 System memory and M.2 storage also take a step down in the HERO, shrinking to 8GB and 128GB respectively. A 1TB SSHD is still the order of the day however.

The most eye-popping member of the trio of new laptops however is the ROG G703. Based on an attractive laptop chassis that's by now quite a familiar one, it's the world's first gaming laptop to incorporate a 17.3" 144Hz G-SYNC panel with 7-ms response time. Thanks to this, and the inclusion of a full-fat NVIDIA GeForce GTX 1080 GPU, gamers of all stripes can enjoy stutter- and tear-free gaming even outside of the desktop. 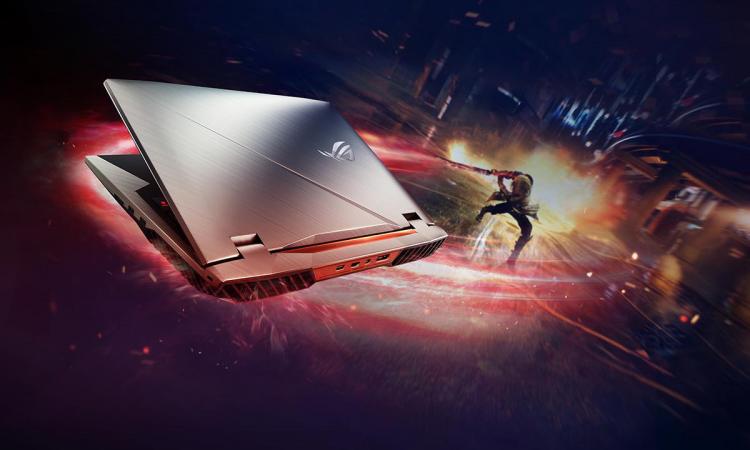 As a partner in crime, it doesn't get much better than Intel's Core i7-7800HQ. Factory-overclocked to hit 4.3GHz out of the box, it should be the ideal companion for NVIDIA's laptop flagship. ASUS have also integrated XBOX Wireless into the design, ensuring seamless connectivity with XBOX peripherals. Essentially, the ROG G703 is built to be the unmatched gaming powerhouse.

For more information on these and other gaming designs from ASUS visit rog.asus.com. 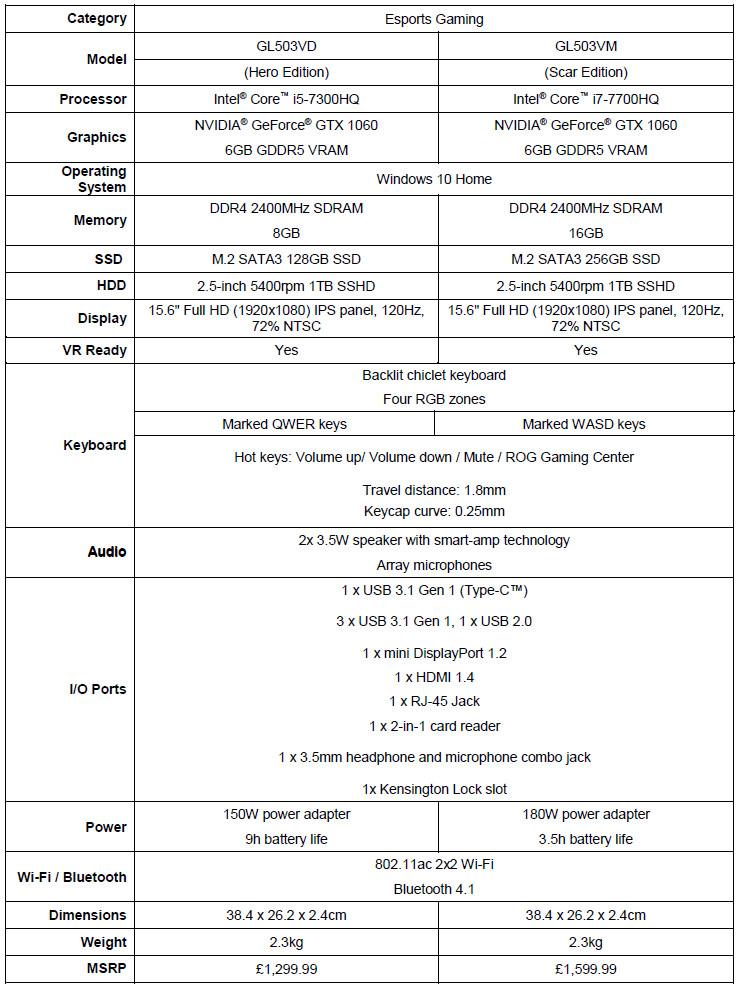