A little while ago there was a leak on various QVL lists by various motherboard makers for support of a Phenom II X8 2.4GHz 95W AM3+ part, and now we see an unknown 2.4GHz AM3+ CPU packing 8 cores. Some have speculated that it may either be an octo-core 'Stars' based part or even it may be a coming 'Piledriver' based part, however I would be sceptical. It is likely to be an older stepping of 'Zambezi' that doesn't cut the mustard in regards of clock speeds to be an FX part. Cheap 8 cores anyone? 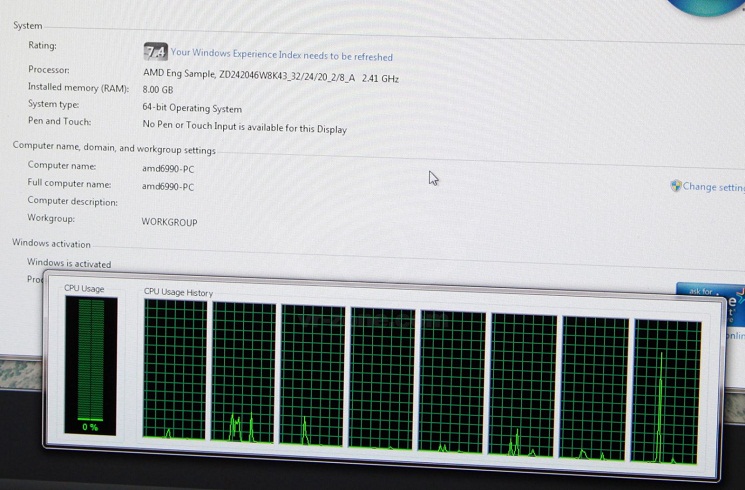 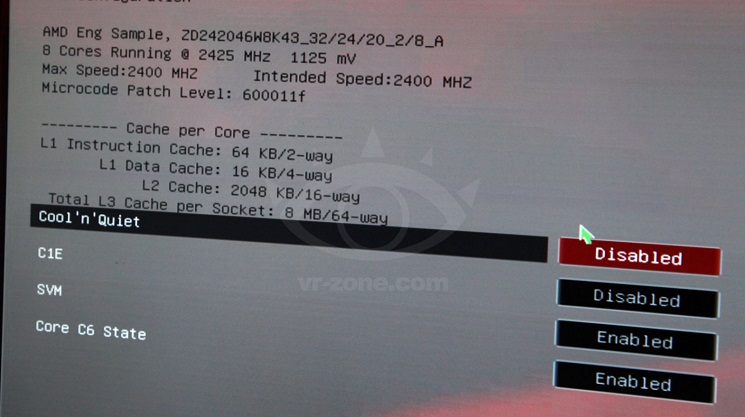 A BIOS screen shot giving some details of the unknown CPU.