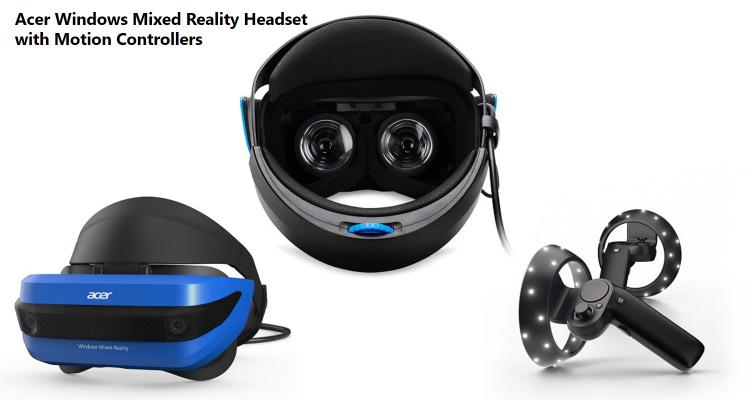 There are more than 20,000 available games that support Windows Mixed Reality such as Minecraft and more. Enjoy films in a virtual cinema with Spatial audio that allows you to hear sounds just like in the real world. Windows Mixed Reality is easy to setup where you can go in within 10 minutes. It remembers the virtual spaces youve been so resuming your adventure can be done in a jiffy. Enjoy crisp realistic movement, immersive visuals, and spatial audio. Motion controllers feature haptic feedback, thumbsticks and button control, so you can easily navigate around every game.

Device Specifications
- Two high-resolution liquid crystal displays at 1440 x 1440
- 2.89" diagonal display size (x2)
- Front hinged display, so you can flip the headset up while working
- Up to 105 degrees horizontal field of view
- Display refresh rate up to 90 Hz (native)
- Built-in audio out and microphone support through a 3.5 mm jack
- Single cable with HDMI 2.0 (display) and USB 3.0 (data) for connectivity
- Inside-out tracking
- 4.00 m cable

Availability and Pricing
The Acer Windows Mixed Reality Headset and Wireless Controller Bundle is up to pre-order at the Microsoft Webstore with an MSRP of $399.99/£399.99 including VAT. The headset and controller bundle is set to be released this October 17, 2017.