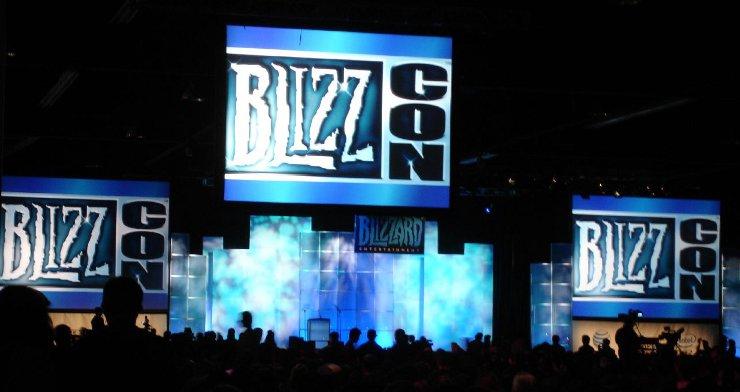 It was hoped by some that the All-Digital E3 and Computex expos this year might be the final major games and technology events to be grossly impacted by the COVID-19 pandemic, but that is sadly not the case. Activision-Blizzard have confirmed that BlizzCon, the almost-yearly gathering of Blizzard's franchise fans that takes place in Anaheim, California during the first weekend of November, will occur this year despite international vaccination efforts. A global event similar to this years' BlizzConline will instead be scheduled for early next year - perhaps with more global participation and smaller in-person gatherings locally; for now however the festival of all things Blizzard remains on indefinite hold.

BlizzCon 2020 was one of a host of major events impacted by the pandemic last year, leading to its cancellation and online-only replacement. It may have proved to be something of a silver lining for Blizzard's development teams however; Shadowlands, the latest World of Warcraft expansion, was limping its way to a November release date after being postponed from late October. Sadly BlizzConline 2021 had only a lukewarm reception, with many panels seemingly watered down or showing very little new from each relevant franchise.

The statement from Saralyn Smith, Executive Producer of BlizzCon, cites the evolving nature of California's guidelines on in-person gatherings as a major reason for BlizzCon 2021's effective cancellation. Fans from around the world would soon be organising travel and accommodation for the event with no clear picture on if it would go ahead, so an early heads-up will be welcomed by those quarters.

Blizzard's developers certainly have plenty on their plate. Ongoing content development for Warcraft and Hearthstone may be in the day-to-day public eye, but major new instalments of PC bestsellers Diablo and Overwatch are on the cards for 2022/23. BlizzCon 2021 was expected to be the final major pre-release public disclosure for at least one of those titles, but now the devs. will no longer need to generate assets and entertainment to appease the ravenous hordes this November.

I hope youre all staying safe and well. As guidelines in California around in-person gatherings continue to evolve and the status of the pandemic fluctuates around the globe, the teams across Blizzard have been discussing what this means for one of the events we miss the most: BlizzCon. We know some of you might be wondering about your own plans to potentially cross the countrynot to mention oceansand meet your friends, family, and fellow community members in California, so today, we wanted to give you a heads-up that weve decided we will not be holding BlizzCon this year.

Building an in-person BlizzCon is an epic and complex affair that takes many months of preparationnot just for us, but also for the many talented production partners, esports pros, hosts, entertainers, artists, and other collaborators we team up with locally and globally to put all of the pieces together. The ongoing complexities and uncertainties of the pandemic have impacted our ability to properly move forward on many of these fronts, and ultimately were now past the point where wed be able to develop the kind of event wed want to create for you in November.

But we dont want to let too long go by before we connect with everyone again. So in the meantime, were planning a global event for the early part of next year, combining an online show along the lines of our recent BlizzConline with smaller in-person gatherings, and well share more as our plans come together.

We very much look forward to celebrating with you all again. Until then, well see you in Azeroth, Outland, Sanctuary, and all the other worlds we call home.

Activision-Blizzard are listed as a participant of E3 2021 through Activision Inc, but the event will likely focus on what's next for the Call of Duty franchise across Console, PC and mobile platforms.