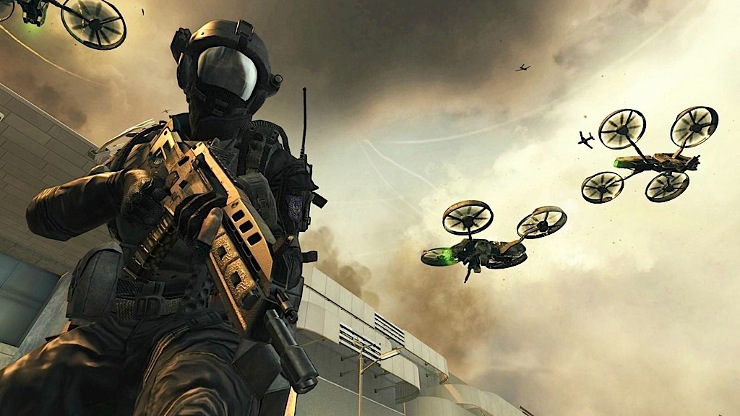 Activision have released the minimum specs for their upcoming Call Of Duty: Black Ops sequel, and they're not the most formidable ever seen. To a certain extent this isn't too surprising as the engine behind COD:BO II will be a modified version of the IW engine used in previous installments by Treyarch, but the announcement may put off a few in the hardcore crowd wanting a game which could seriously stress their system.

Although any gaming system assembled in the past three years probably exceed these minimums, if the past is anything to go by these specs are truly minimum specs; a more modern setup would be required for 1080p gaming any faster than your average slide show. The greatest surprise however is the lack of support for Windows XP, precipitated by moving the game engine as a whole from DX9 to DirectX 11. Although DX11 support is cited as the the central reason, it's just as likely that sketchy DirectX 10 support on WinXP (and hence support for a number of optimisations reducing CPU loat) was as much of a factor.

Although ambitious, not supporting Windows XP is not as much of a risk as you might think. According to Steam's Hardware and Software survey - a generally good indicator of the system specs for gaming PCs - DirectX 10/11 systems make up almost 88% of systems polled and fewer than 15% of all users are running XP. These numbers almost certainly increase and decrease respectively as overall system performance increases, and you would expect this to correlate with numbers wanting to play the game on PC (as opposed to console).

If the release of Black Ops 2 is a success, you should expect to see other studios - most notably Crytek through Crysis 3 - follow suit.

Treyarch are touting additional graphical benefits for the PC port in line with moving the engine to DX11 (from DX9) including enhanced lighting, shadows, antialiasing, bloom, depth of field and ambient occlusion. This will be a welcome change for PC gamers disappointed with lacklustre ports from consoles, but eagle-eyed critics will be taking long looks at texture quality over fancy graphic effects.

Call of Duty: Black Ops II is slated for a multiplatform release of November 13th 2012.