Designed for Chia Farming
The ADATA PROSPECTOR 950 SSD sports advanced SLC technology for enhanced endurance of at least 28,000 TBW, which is over 40X times higher than ordinary SSDs. Also, when compared to SSDs of similar capacity, this SSD offers improved plotting efficiency.

Fast Read and Write
The PROSPECTOR 950 utilizes PCIe Gen3x4 and complies with NVMe 1.3 for sustained read and write speeds of up to 3,500/3,000MB per second. Also, its M.2 2280 specification supports the latest Intel and AMD platforms and is ideal for both desktop and notebook PCs. 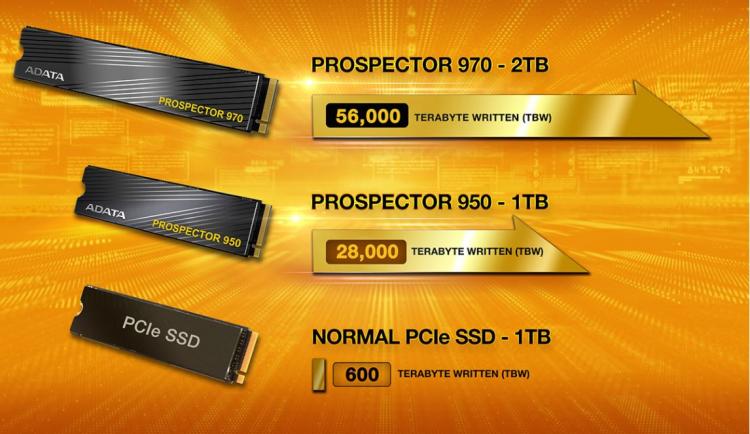 Learn more about the PROSPECTOR 950 SSD for Chia Farming at ADATA.com