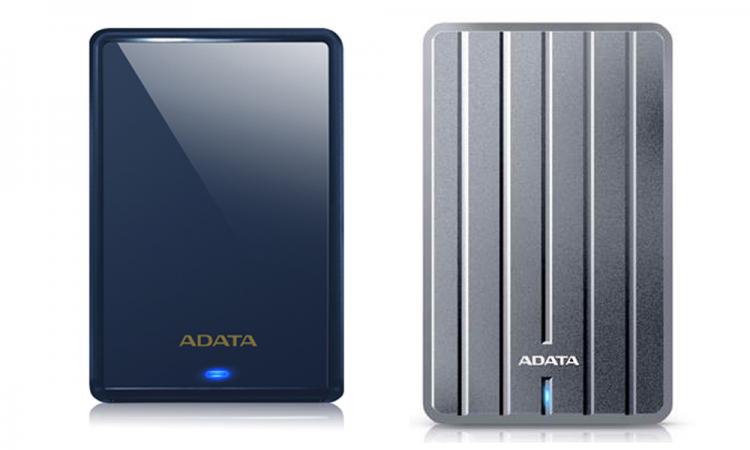 ADATA Premier SC600H
The Premier SC600H external SSD is just 9.5mm tall and weighs at 73 grams making it thin and lightweight. It has a slim enclosure for portability which has an electroplated and textured titanium coating that gives the SC600H resistance from scratches, paint chipping, finger prints and shocks.

ADATA Premier SV620H
The Premier SV620H is also slim and lightweight featuring 76 grams in weight and has a flat surface thats raised 0.75mm from the surface so when it is moved around the desk, scratches are minimized. It also has a cool blue LED activity light.