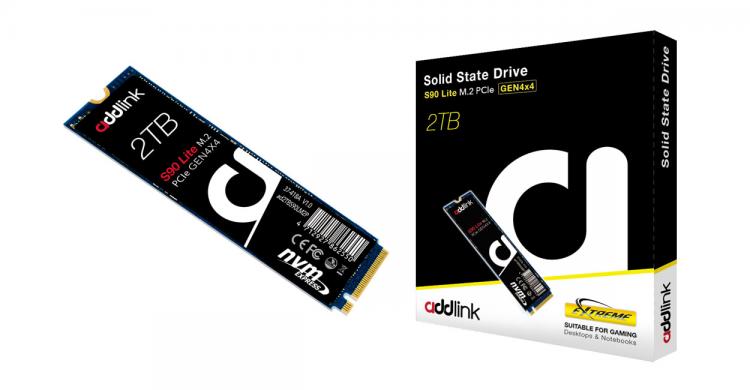 SLC Cache & HMB accelerate the Drive Performance
The addlink S90 Lite comes with an SLC caching to deliver outstanding performances and better user experiences. It also supports a host memory buffer (HMB) that allows S90 Lite SSD to proactively pursue higher performances by utilizing the memory resource of the host to maximum random read/write speeds of up to 400K/800K IOPS.

Superior endurance and reliability
The Active Power Consumption Requirement for the S90 Lite is around 3.9W, which is about 50% lower than other Gen4x4 SSDs in the market, which allows S90 Lite to have a longer battery life and stabilized temperature for use in laptop and PC.

S90 Lite also supports the latest LDPC ECC, advanced wear Leveling, bad block Management, and over-provisioning technology to ensure data accuracy and a longer SSD lifetime. In addition, it has a five-year warranty and is perfect for intensive use for gamers, content creators, and in-demand engineers.