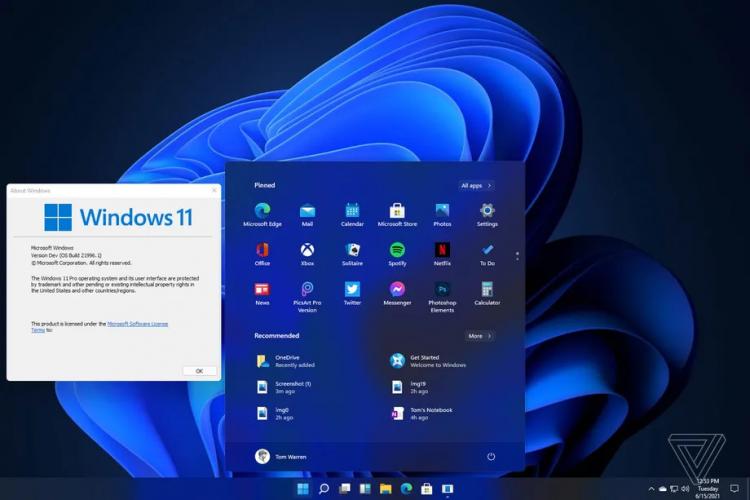 Although centrally located by default, the taskbar can be repositioned to the left as in Windows 10

Microsoft are preparing to reveal their glitzy new Operating System on June 24th, but unfortunately it appears that some cunning leakers have once again spoiled the tease and reveal leading up to the Livestream next week. As reported by The Verge today a developer build of the entire Windows 11 OS appears to have been leaked online, all-but confirming the leaked screenshots that surfaced on Chinese social media hub Baidu. Needless to day, Microsoft are unlikely to be thrilled with this turn of events.

The Verge Senior Editor Tom Warren broke the news with a short video of Windows 11 running on a virtual machine, demonstrating a number of key elements including the main screen, Start Menu and File Explorer. Its appearance is similar to that of the now-shelved Windows 10X, a UI progression that was initially designed for dual-display system before being rolled into this progressive update to the core OS. While at first glance it may appear to be borrowing from Apple's design ethos, Windows 11 does at least seem to be marching to its own tune.

One of the more interesting titbits to come out of the report is that Windows 11 may be bringing back Widgets as a feature of the OS. These mini-extensions to the OS desktop experience haven't been emphasised in Windows 10, but better official support and flexible framework could help adoption of and enthusiasm for its successor. 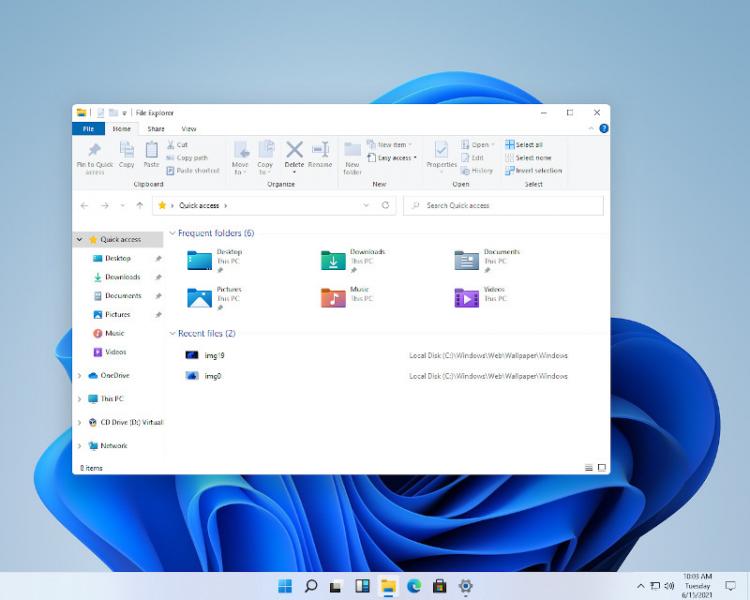 Some changes to File Explorer, but it is still a familiar sight

Despite no obvious updates to the Windows Store, the rumoured greater integration of Xbox has apparently begun. The App has been integrated into the OS, bringing quick access to the store and Game Pass. Additional layered integration for social feature will also surely be only a click away in future builds.

One aspect not discussed however is the monetisation model. Windows 10 was effectively a free upgrade for the vast majority of users already running any version of the OS released over the 10 years prior, it may be a hard sell for the shareholders to follow up with a similar plan this time around.