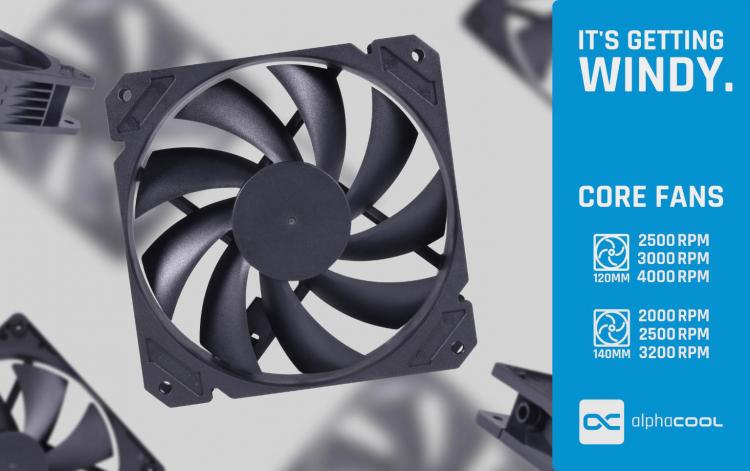 The fan, which can be controlled via PWM signal, is not only suitable as a fan on CPU coolers or radiators. Thanks to its excellent performance values (throughput & static pressure), it can also be used as a case fan. The double-bearing fan axis (>2500rpm) is smooth running and allows for a long service life as well as quiet operation.

If you are looking for an affordable and powerful fan without aRGB illumination, you will find it with Alphacool's Core PWM fan!