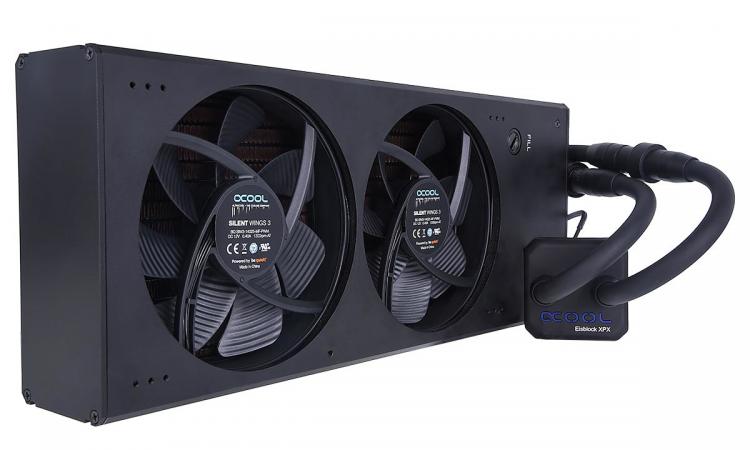 Braunschweig, January 8, 2019  Alphacool, the specialist in PC water cooling, introduces three new products. The Eisbaer Extreme is an all-in-one cooler that ensures consistently low CPU operating temperatures thanks to a combination of powerful components. Integrated quick-lock closures allow for an easy, flexible expansion of the cooling circuit. Its cheaper Core variant, on the other hand, provides the basis for custom loop water cooling. The Eisblock XPX Pro is a CPU water cooling unit with a large base plate, even allowing heat from high-end processors to be completely dispersed. Despite its fairly flat design the base plate offers several inputs and outputs for versatile connectivity options.

With the Eisbaer Extreme, the company introduces an all-in-one water cooling system that impresses with its functionality, performance, and also with its design. The cooler consists of several components from well-known brands that have been configured to provide the best cooling results with a low operating noise.
Combination of proven CPU cooling block and full copper radiator

As CPU cooler, Alphacool uses its own Eisblock XPX, known for its high cooling performance. Thanks to various included assembly materials, the cooler is compatible with all common AMD and Intel sockets. This provides a high degree of flexibility during installation.

A 280-millimeter radiator from the popular NexXxos series takes care of the heat exchange. Every part of this radiator that comes into contact with water is made of pure copper. Completely new is the high-quality housing, which encloses the radiator, the fans and the pump/reservoir combo. For fresh air, the cooler relies on award-winning be quiet! Silent Wings 3 fans, which boast a high performance and low fan noise.

At the heart of the Eisbaer Extreme is a patent-pending pump/reservoir combo based on the quiet and efficient Eispumpe VPP755 V.3. The reservoir is sealed with a patented screw plug, which sits absolutely flush with the housing. Alphacool is currently the only manufacturer in the world to offer such screws.

To connect the pump to the radiator, Alphacool uses flexible PVC tubes that are equipped with quick-lock closures. These are compatible with all products that use Eisbaer or Eiswolf-Ready couplings, allowing for a quick and uncomplicated expansion of the cooling circuit. 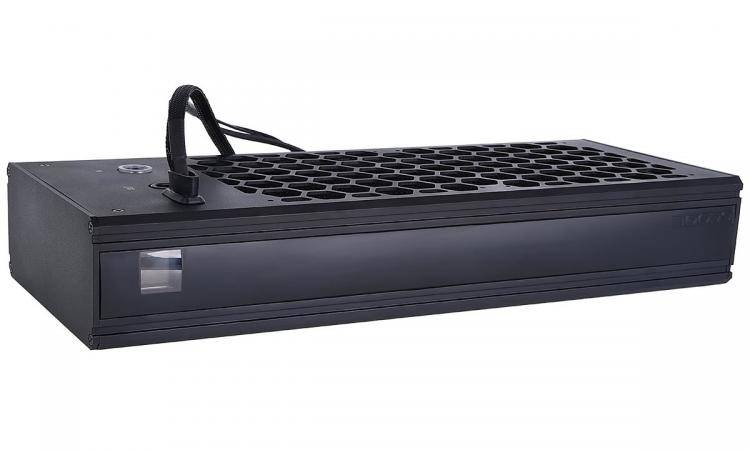 The Eisbaer Extreme is also available in a cheaper Core variant, which excludes the processor cooler, tubes and fittings and is specifically targeted at custom loop water cooling.

The new Eisblock XPX Pro is a high-end, state-of-the-art processor cooler. Alphacool has enlarged the surface of the copper base plate to also effectively cool CPUs with a particularly large die size (e.g. AMD Ryzen Threadripper). This even allows the XPX Pro to cool server processors without problems. 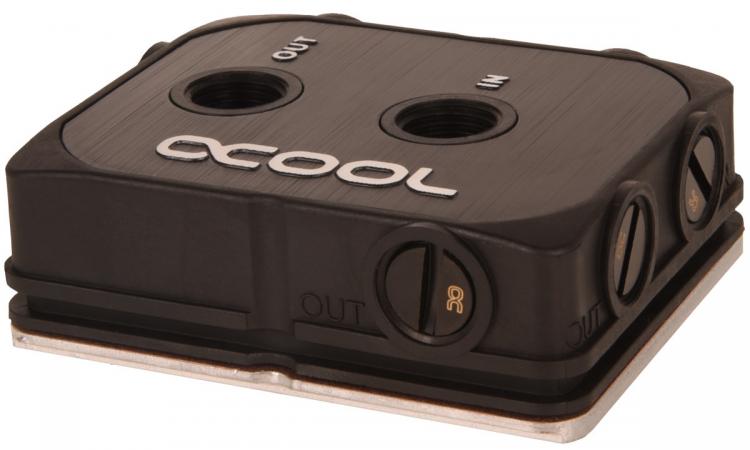 The Eisblock XPX Pro offers three inputs and five outputs with G1/4 threads. This enables numerous connectivity options in almost all directions. It also means that the cooling block can be installed in thin and compact enclosures, such as H1 server models. The cooler comes with mounts for all current high-end and server CPU sockets from AMD and Intel.