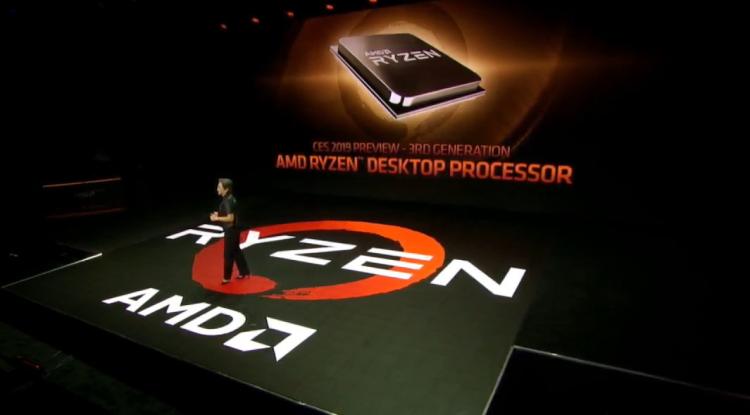 While many will be sceptical about the announcement of Radeon VII ahead of its February 7th release date, few will have the same reservations towards AMD's Ryzen product line. In only three years the multi-core CPUs have thrown out the rule-book when it comes to desktop CPUs, reinvigorating Moore's Law with multi-core shenanigans, and even motivated the big blue giant to revise its strategy and react outside its comfort zone. Be it in mainstream or enthusiast 'Threadripper' form, Ryzen has been a massive success and left all quarters enthusiastic to know where they're going next. 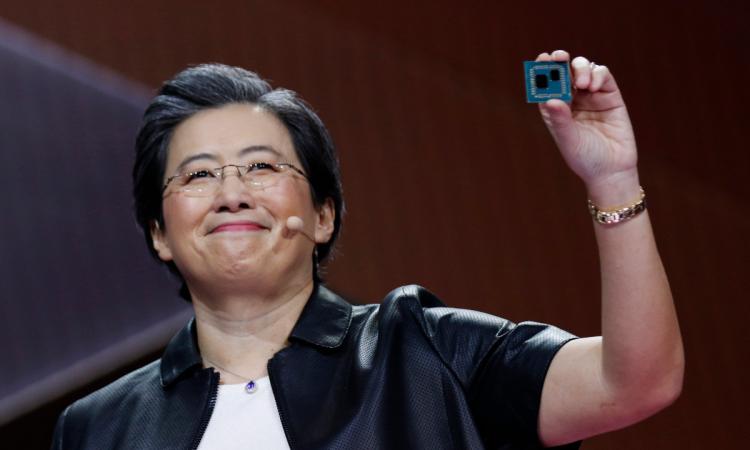 As luck would have, AMD President and CEO Dr. Lisa Su's CES 2019 Keynote didn't skimp on the Ryzen teases, even as their APU line looks set to take bites out of the Ultrabook and Chromebook markets in 2019.

First, and most noteworthy, is that AMD have working silicon on display at CES. The silicon in question was of a CPU with unrevealed codename, but defined as an 8-core, 16-thread early engineering sample. The frequencies it was operating at weren't final, nor were they specified. It went head to head against Intel's flagship mainstream desktop CPU, the Core i9-9900K running stock (which, mind you, would allow it to turbo up to 5GHz under appropriate load). All other factors were undisclosed. 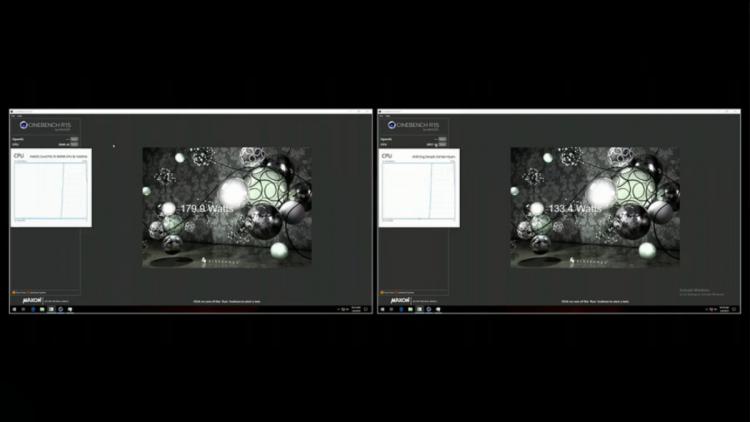 With only a single test performed live - a run of Cinebench's multi-core CPU benchmark - not too much can be reliably inferred. Nonetheless while the i9-9900K racked up 2040 pts, the Ryzen sample was able to squeak past it with a score of 2057 pts. More noteworthy perhaps is that in completing the test the Ryzen system consumed 30% less power than its Intel counterpart.

So, 3rd Gen. Ryzen on 7nm appears to be very power-efficient compared to Intel Coffee Lake on 14nm. Furthermore, either AMD are now able to rival Intel's core frequencies or they've made greater IPC strides than many would have expected with the Zen 2 architecture. That said, 2nd Gen Ryzen was known to do very well in multi-core tests such as Cinebench thanks in no small part to updated turbo mode algorithms, so it could be something of an ideal test for Zen 2.

Just after the demo Dr. Su also gave viewers a brief glimpse of the CPU under the heatspreader. Taking cues from the ROME server architecture, Zen 2 exploits chiplet design principles by separating functionality between a 14/12nm I/O die (incorporating memory controller, PCIe controller, etc.) and a smaller 7nm 8-core/16-thread processor die. The latter can take full advantage of the die shrink and commensurate improvement in CPU frequencies/power efficiency, while the components of a CPU that don't respond as well to a die shrink can remain at the larger manufacturing node. Communication between the two dies operates over infinity fabric. 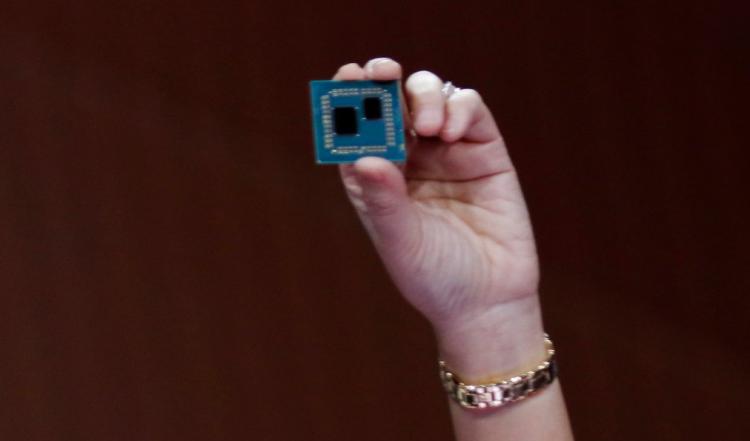 There were also positional markings on the CPU package intended for a second processor die, so a flagship desktop Ryzen could well offer up to 16 cores and 32 threads (as much as a top-end Ryzen Threadripper in 2017!). All while remaining on the AM4 platform.

Now we should stress that this was merely a preview, with few specifications confirmed and a lot of leeway for change between now and their mid-2019 projected launch date. Moderate your expectations accordingly.

Dr. Su finished up by saying that upon release 3rd Gen. Ryzen would be the first mainstream desktop CPU to support PCI-Express 4.0, long before mainstream GPUs are expected to launch supporting the standard. Not related what whether 300 and 400-series motherboards would support the standard when paired with such a CPU.

According to some closing comments release of 3rd Gen. Ryzen won't be until Mid-2018, by which time we'll all have a better picture of Intel's intended direction on the desktop. The year is definitely looking up for CPUs.