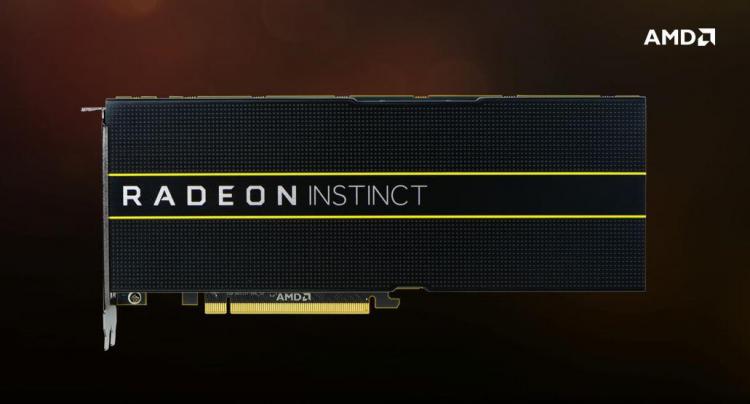 Last week AMD posted bumper financial results for the previous quarter, but that wasn't the end to the good news. The Red Team also took to Twitter, announcing that the 7nm Radeon Instinct GPU was now running in their labs.

Not a whole lot is known about this GPU officially, but a little more has been uncovered in the recent past. The 7nm Radeon Instinct is designed primarily for the highly lucrative machine learning segment, and is based on AMD's Vega architecture. At its heart is believed to be the Vega 20 (as opposed to the Vega 10 in RX Vega gaming cards), a 64 Compute Unit die-shrunk Vega variant that should leverage higher power efficiency while also supporting as much as 32GB of HBM2 memory. The design also supposedly supports PCIe Gen 4, but if it does that's almost certainly with an eye towards future possibilities given the standard's slow general rollout.

Now it turns out that an engineer was a little sloppy in some of the early testing and failed to disable 3DMark2011 result uploads. Videocardz.com grabbed the results after confirming that specs and device ID matched those known to correspond to Vega 20, and compared them with the Vega Frontier Edition. 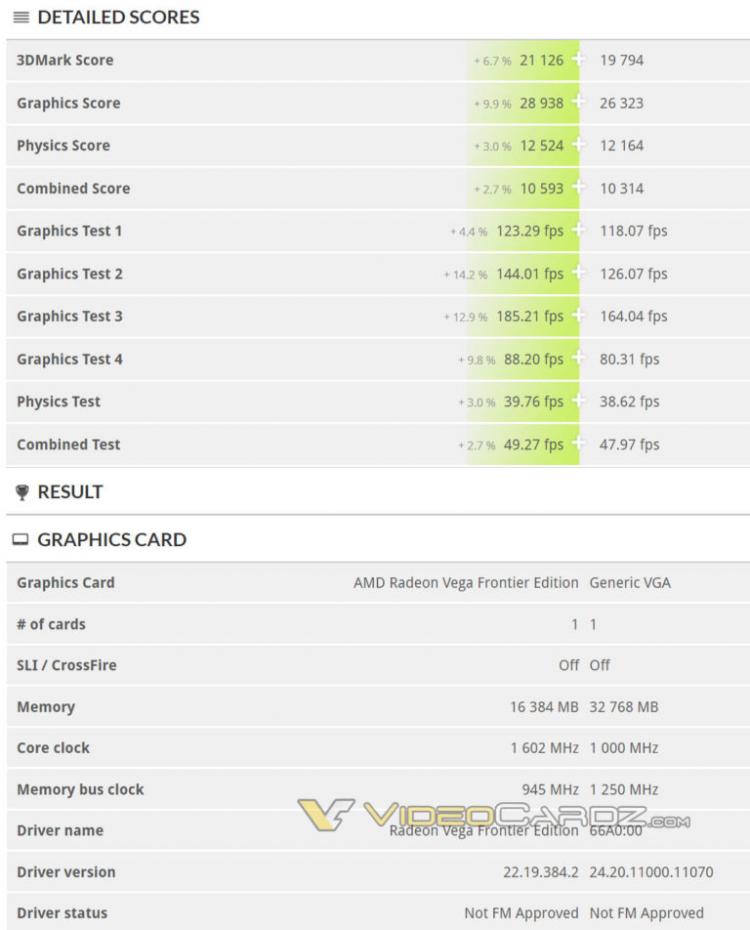 Clearly it's very early days for Vega 20, as evidenced by results that fail to match the Vega Frontier Edition. Drivers will be immature, and the silicon may not be operating near projected frequencies. Expecting performance that will blow the barn doors off AMD or NVIDIA's previous GPUs is premature, and one key metric - power efficiency - is still unknown. Meanwhile consumers are unlikely to see any broadening on the current Radeon RX GPU range this year that would bridge the gap to NVIDIA's flagship.

Nonetheless, it's good to see AMD openly progressing with new GPU silicon and fans of the brand should not be downhearted. More information will no doubt be released, officially or otherwise, in the run up to Computex in June.