In a post by Anand on the subject of transistor density, AMD contacted him to correct the number of transistors. From 2 Billion to 1.2 Billion, a staggering 800,000 difference and a number AMD should have known from early silicon. 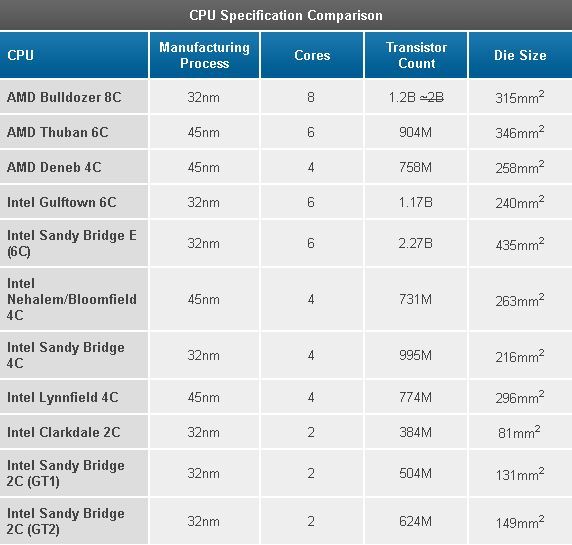 Now AMD has publically apologied for the confusion on Facebook

We always strive to be proactive and open. Last week, AMD confirmed the transistor count in the AMD FX CPU line-up at 1.2 billion, a correction from the earlier count of 2 billion. The earlier figure of 2 billion transistors was unfortunately shared in error. This correction is not the result of a new revision to the Bulldozer design. The correct count of 1.2 billion applies to all recently introduced 8-core AMD processors that are based on the new Bulldozer core  AMD FX family of desktop CPUs and AMD Opteron family of server and HPC processors. We apologize for the confusion.

There are currently 148 user(s) online:
Google