The AMD A8-3870K unlocked APU broke the 6GHz barrier under sub-zero conditions with all cores enabled. The final speed of 6067.7MHz was achieved via a base clock of 258.2MHz over a 47x multiplier. The memory used was Geil Corsa EVO which hit 3505 MHz, just shy of a world record. The motherboard used was the GIGABYTE A75-UD4H. The CPUZ validation was rejected likely due to the system appearing way out of spec. 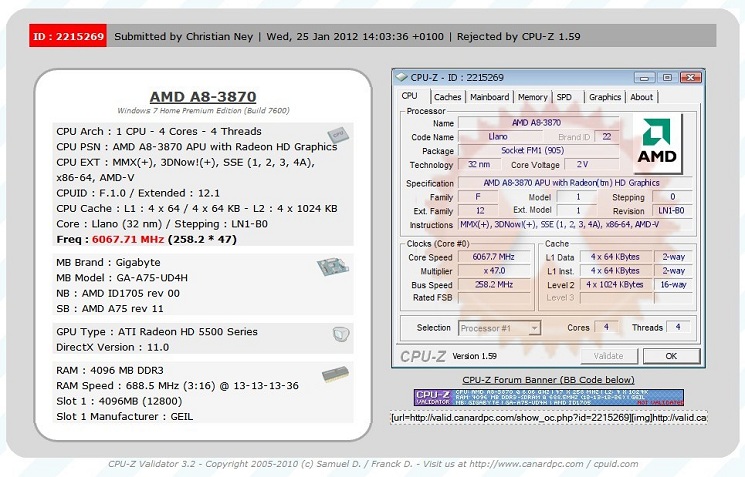 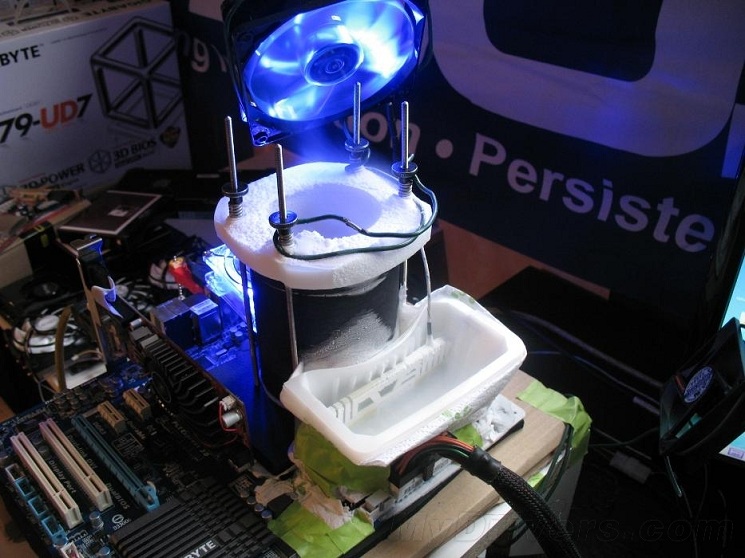