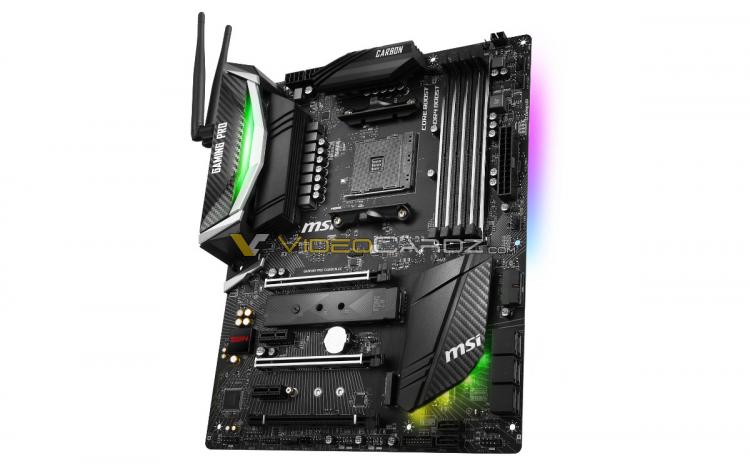 The rollout of motherboard BIOS updates incorporating AGESA 1.0.0.4 Patch B started in early November on AMD's primary 3rd Generation Ryzen platform, the X570 chipset. At the time MSI and other manufacturers stated that older chipsets equipped with the AM4 socket would be supported by the new AGESA later in November, and as the month draws to a close the last stragglers are finally being covered.

Timing for these updates is somewhat off, but not egregiously so. In addition to important improvements made to core performance metrics - boot up times and CPU frequency boost algorithms in particular - AGESA 1.0.0.4 Patch B is required to support the flagship Ryzen 9 3950X. In this respect board partners are perhaps fortunate that stock of the new CPU is few and far between at this time.

In many instances the most recent update will have been the first in some months. Many manufacturers skipped 1.0.0.3 ABBA, with some concern over stability and high recorded voltages during the QA process, thus withholding additional performance improvements AMD implemented in that release. For example, ASROCK's B450 Steel Legend has been three and a half months between major BIOS revisions and AGESA updates, leaving it on 1.0.0.3 ABB.

Any BIOS update comes with some risk, so we recommend taking this step only if you're unhappy with aspects of current system performance and/or stability, need it to support a new CPU or APU, or have been specifically advised to by your motherboard's manufacturer. Note also that some advanced updates are not backwards compatible to older 1st and 2nd generation Ryzen CPUs and APUs. Ensure that you understand the process before you begin, and if available make yourself aware of any recovery procedures your model may be capable of.