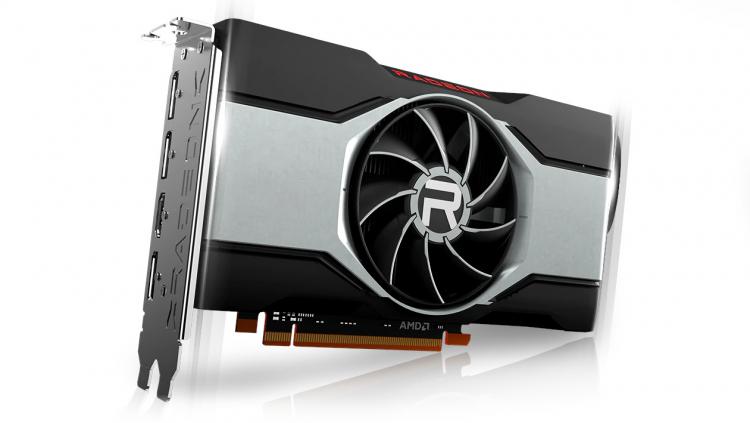 Ongoing global semiconductor shortages may still be putting a squeeze on GPU availability worldwide, and GPU pricing may still be sky high for some market bands, but that's not going to stop AMD from bringing back some of the party spirit this August. Yes it's also time for another GPU launch and the red team have revealed that they're finally bringing RDNA2 to their Radeon RX x600 segment as the new mainstream card to beat for 1080p gaming.

The Radeon RX 6600 XT is a further step down from the heights of the flagship RX 6900XT, but it still incorporates features that have made the RX 6000-series one to be reckoned with. It's based on the RDNA2 graphics microarchitecture, AMD's first foray into hybrid rendering that supports both rasterisation and hardware accelerated ray tracing, and built with TSMC's latest 7nm lithographic node for some truly eye-watering operating frequencies. And thankfully AMD have released still more details of what's under the hood as we approach its official launch date. 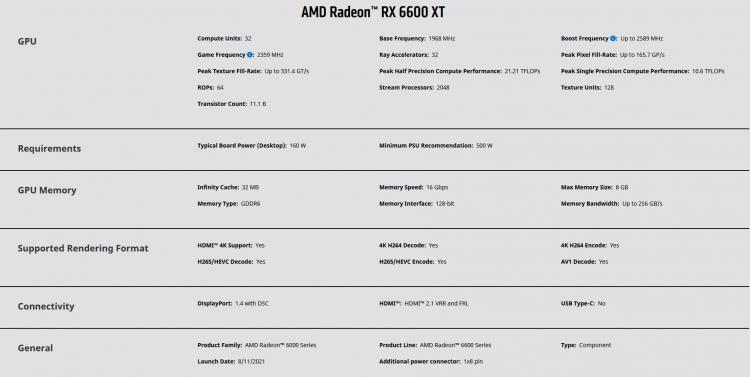 The card is equipped with 32 Compute Units (8 less than the 6700 XT) for a total of 2048 shaders operating at up to 2.59 GHz (under maximum boost). Typical operating frequencies are projected to be in the ballpark of 2.36 GHz, slightly down on the RX 6700XT but higher than their larger siblings. The GPU communicates with video memory over a 128-bit bus to a standard complement of 8GB of GDDR6 memory, a restriction that leans into the card's role as a 1080p workhorse.

AMD have also equipped the card with 32MB of Infinity Cache, their widely-praised technology that acts as a L3 cache for Radeon GPUs in a similar manner to IC on Ryzen CPUs. This should allow the card to punch above its proverbial weight, primarily by pushing higher frame rates rather than extending to higher resolutions.

In fact, the performance level AMD are advertising is very impressive. A wide selection of today's popular games may exceed 100 and even 150fps at max. settings with this card and an appropriate CPU partner. It also supports the nascent FidelityFX Super Resolution, a technology that algorithmically upscales frames for higher performance without a meaningful drop in image quality. The number of titles support FSR is low right now, but its GPU and brand-agnostic approach has already garnered some significant supporters.

The card is clearly pitched as an upgrade for gamers languishing on older mid-range GPUs with no current upgrade path, or at least one that doesn't involve spending over $500 on new silicon. The RX 6600XT will have an MSRP of US$379 or regional equivalent (UK conversion would peg this value at £326.80 inc. V.A.T.) when it launches on August 11th, but it's anyone's as to whether that is achievable given the current state of the market.

More information on the card can be found at https://www.amd.com/en/products/graphics/amd-radeon-rx-6600-xt