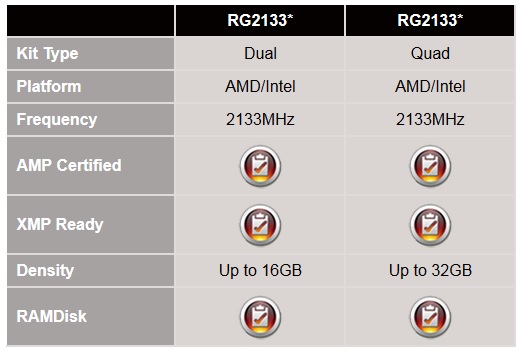 - Support for XMP and AMP Technology: Designed and tested to ensure compatibility across multiple platforms.

- Suitable for Everyone: Great fit for casual to hardcore gamers and everyone in between.

AMD Radeon RG2133 Gamer Series Memory is available in the USA in early May 2013 through our launch partner, Newegg.com.