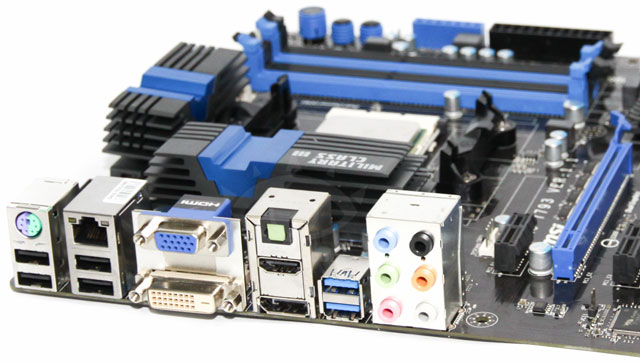 Keen overclocking enthusiasts are already hard at work stretching the legs of the new range of AMD Trinity desktop APUs released last week, and results are mighty impressive. For many, AMD's A10 APU - the highest-end in terms of number of cores and graphics capabilities - will be getting an almost immediate overclock to 4.2GHz thanks to motherboard features such as MSI's OC Genie II, but a bit of tweaking and more aggressive cooling will allow them to attain even greater overclocks than that.

Showing just how far the A10-APU can go when it comes to extreme overclocking, CPU-Z user alvinkenzo combined an A10-5800K, FM2-A85XA-G65 and advanced liquid nitrogen (LN2) cooling to reach some truly immense clocks. Thanks in part to MSI's Military Class III component standards, the APU was able to reach 7.384 GHz based on a bus speed of 119.11 MHz and multiplier of 62; not shabby at all considering the complexity of the APU compared to its bigger brother. 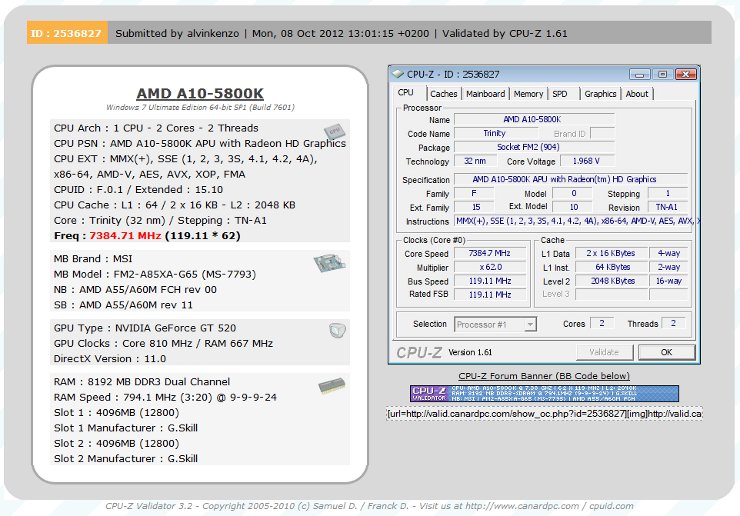 Of course, you won't be reaching those levels on your home rig; 7.384 GHz is an extreme example on extreme cooling with three APU modules and the on-die graphics disabled. Typically such overclocks are stable only long enough to grab a CPU-Z validation, and certainly not Prime95 24hr stable. However it's a great showcase for MSI's A85X motherboards and a fun demo which will no doubt be doing the rounds in trade shows for some time, whilst also proving to the consumer that yes, unlocked 'K' APUs most definitely can and should be overclocked.

The CPU-Z validated submission can be viewed here.