AMD plans on revealing a tablet at CES 2014 and, as it turns out, have already won an innovation award for it! So what have they done so far and what do they plan to do that merits such an award? TechRadar have reached out to AMD and have received confirmation as well as a few other bits of information.

AMD's goals are to show the world what we can do in the tablet space around our next generation APU, Mullins.

AMD were even kind enough to send through some pictures. These reveal a Windows 8 tablet with a docking station that appears to use AMD's DockPort technology which is AMD's solution for supporting a number of peripherals as well as charging capabilities through a single cable. DockPort should therefore allow Project Discovery to work seamlessly with any display via the use of DisplayPort 1.2 as well as support gamepad's. 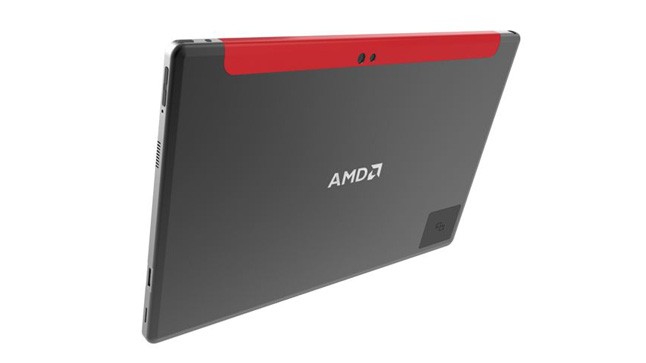 That's really about all we know at the moment, but we are looking forward to CES 2014 to find out more details when AMD officially show it off.

What do you think? Do we have room in the market for yet another tablet? Tell us in our forums.