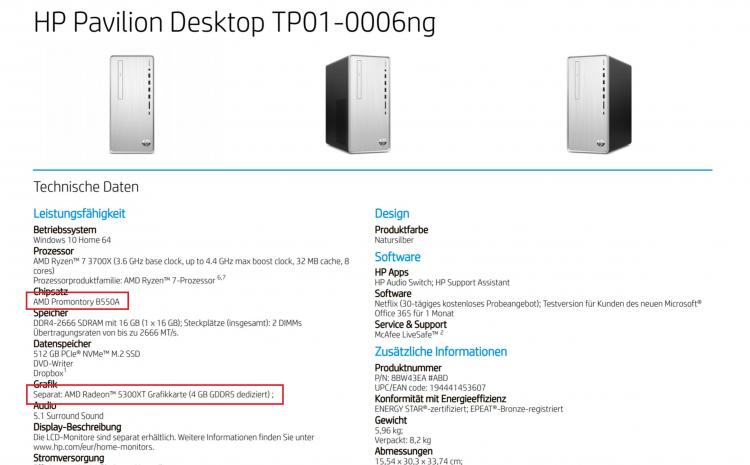 The Pavilion Desktop TP01-0006ng is marketed as a gaming desktop as it comes with the option of being bundled with HP gaming peripherals. The configuration itself suggests a seemingly entry-level to mid-level gaming setup given the capabilities of the Ryzen 7 3700X used on this model and a generous 512GB PCIe NVMe SSD storage. The AMD Radeon RX 5300 XT is expected to be on a lower tier that of the upcoming RX 5500 and RX 5700 suggesting it could be up to par with the NVIDIA GeForce GTX 16-Series graphics cards. 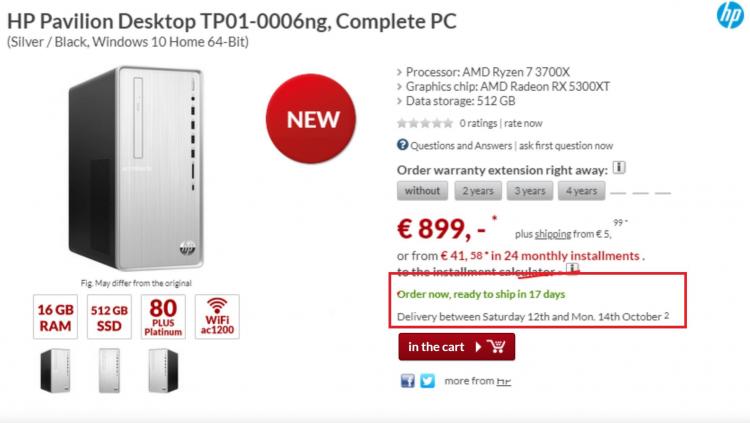 Alternate, a German retailer, listed the HP Pavilion Desktop TP01-0006ng model on its webstore which had an expected time of availability by October, suggesting its release date. Alternate pulled down the listing as of this writing.

*this page may be pulled down by HP without notice