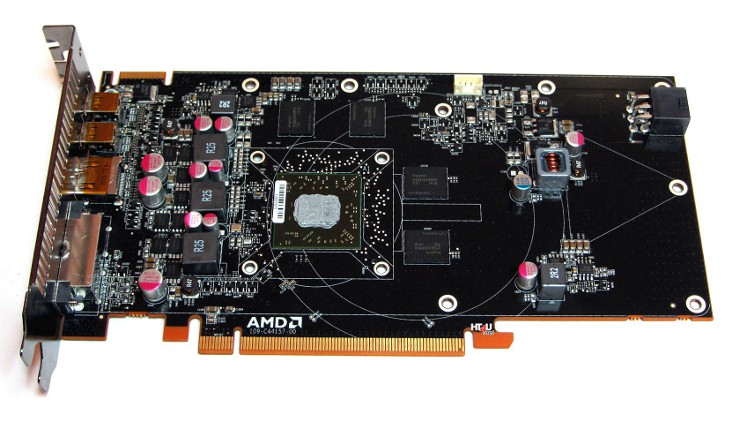 Softpedia have noted that AMD recently updated their reference specs for the Radeon HD 7750 discrete GFX card. Even though specs for the upcoming NVIDIA GTX 650 and 650Ti Kepler-based GFX cards were leaked last week relative performance levels remained unknown, so it appears that AMD are playing it somewhat safe and quietly bumping the reference speed of their low-end gaming card as a contingency.

Up till now the 28nm Cape Verde core of the HD7750 was clocked at 800MHz, considerable down from the bigger-bother HD7770. AIB's have released non-reference versions of the HD7750 which have overclocked the GPU a little from reference - as much as 80MHz in the case of the GIGABYTE GV-R775OC-1GI - but so far exotic AIB versions tended to leverage the low TDP of the core to allow passive cooling rather than hefty overclocks. The core frequency bump to 900MHz, now reflected in the AMD Spec Speet for the HD7750, is a large bump and reflective of either a maturing process or aggressive binning. 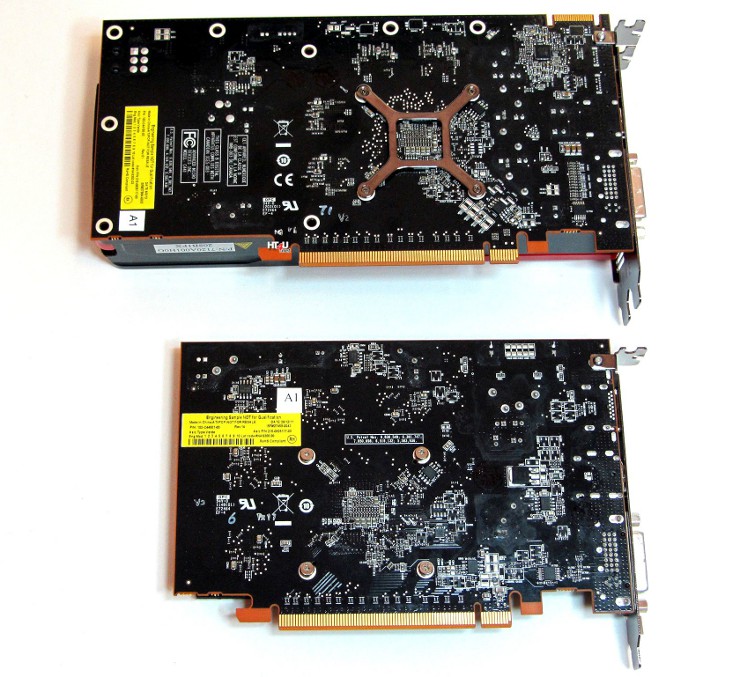 The core speed of the HD7750 appears to be the only change: 8 Compute Units and a 1125MHz memory frequency remain the order of the day; an HD7750 will still be no match for the HD7770 GHz edition. According to VideoCardz.com the reference cooler and PCB designs have been changed to be nearly identical to that of the more powerful and power-hungry HD7770. Oddly this appears to include a 6-pin PCI-E connector, undermining one of the crucial selling-points of the HD7750 for low-power system builders.

It's unlike that the 900MHz update will also see an SKU revision from AIB's, so keep an eye out for the specs when buying. Equally, an increase cost seems unlikely - budgeting gamers buying when the GPUs appear in the channel should see the performance increase for 'free'.