AMD Boost The Mainstream With The HD7790 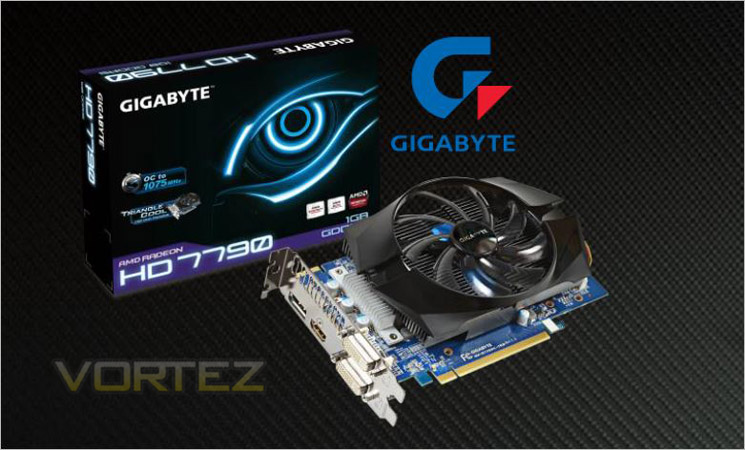 Today AMD launch the latest in the 7000-series GFX card line-up, the HD7790, and with it comes Rich's review of the GIGABYTE launch product in the range. The new cards are designed to bridge the performance gap between the HD7770 GHz Edition and the mid-range HD7850 in order to provide improved performance, power efficiency and value for the new range of games in 2013, and they do that by building considerably on the HD7770's architecture.

The new GPU is codenamed Bonaire, and is an entirely new ASIC catering to the new games released in 2013 and lining up against competitor products in the <$150 price range. The first SKU occupies the price/performance bracket between the HD7850 and HD7770 GHZ edition, with reference:reference comparisons pitching it at just 10% slower than the HD7850. However we have been informed that most AIBs will be launching with factory overclocked designs from day one, and so it could prove to be quite a powerhouse at the low price point depending on the overclock you see.

AMDs HD7790 is still based on the 28nm process and GCN architecture of previous 7000-series cards, but features 14 Compute units/896 shaders  up from 640 on the HD7770 and hence a considerable out-the-box improvement. Shader numbers arent the only number to have gone up: building upon experience from high-end models the 128bit memory interface of previous 7700-series cards has been augmented to operate at 6GHz, increasing available bandwidth by 33%. The new GPU also has double the tessellation power compared to the HD7770, taking a nod from the Tahiti GPU designs.

The HD7790 also features a more robust version of Powertune than previous 7000-series cards. This new generation utilises eight discrete voltage and clock speed DPM states, an improvement from four clock/voltage-bound states with rather coarse binning for power saving. This will provide better overall power efficiency for varying load levels, though at heavily load clocks will ramp up to the listed clock speed or any overclocked point. 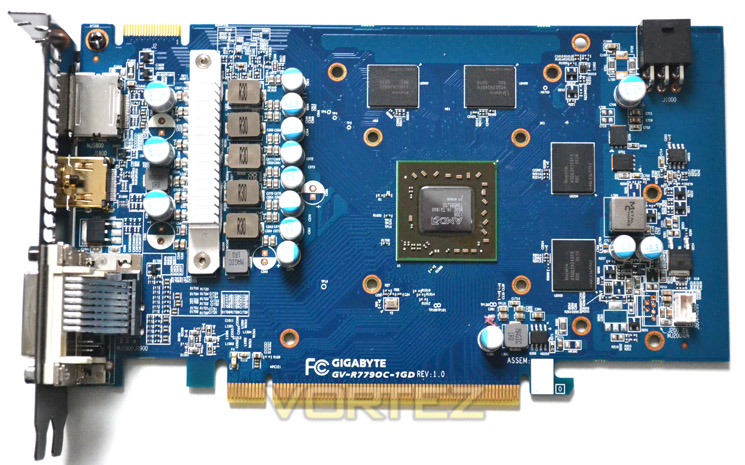 All HD7790s will have a minimum of 1GB of GDDR5 RAM, and AMD had expressed a desire to move to 2GB as standard on the mid-range in the future. As a consequence 1GB HD7850s may begin to become more scarce, whilst 2GB variants of the HD7790 may well rear their head. Those wishing to push the boat out a little can dabble in some dual-GPU Crossfire shenanigans, although at that price point you're probably best off doing to a much faster single GPU. If you stick on one GPU will you be able to power the card from one 6-pin PCI-E based on reference designs as they card had a TDP of only 85W.

The card is set to surpass the NVIDIA GTX 650Ti released last year, especially targeting good 1080p performance at high details with late 2012 and early 2013 titles such as Crysis 3 and Far Cry three. Its not clear how the card will perform against the expected imminent release of the GTX 650Ti (or GTX655) Boost Editon, nor if additional SKUs will appear based on a cut-down version of this GPU for the budget market, but it's certainly one to keep an eye on if you're in the market for a <£100 GPU. And as an aside, it may just be coincidence that the specs listed are very close to that of the Sony Playstation 4's graphics processor, but we cant discount the possibility that they're related.

For more information check out our review of the AMD HD7790, and the official sites for manufacturers should be updating soon.